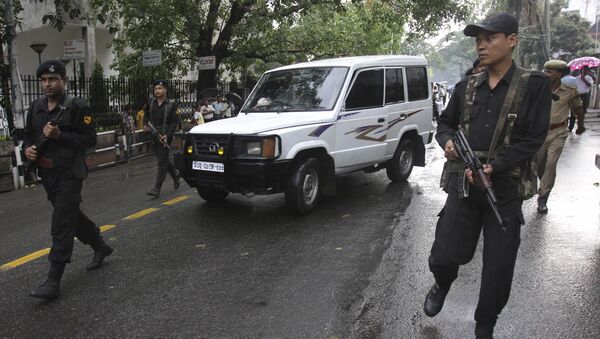 In contrast to this legislation, the Indian government has been preparing to launch a national register of citizenship nationwide which is aimed at deporting people who have entered illegally from neighbouring countries, especially Muslim-majority Bangladesh and Buddhist-majority Myanmar, which is home to a persecuted Muslim minority.

We strongly oppose the #CitizenshipAmendmentBill. The State & the Central govt have betrayed the genuine citizens of India. pic.twitter.com/CY1XUULhOV

​​The activists of the minority organisation shouted slogans against the bill and the government in Biswanath district of Assam. The protesters also demanded the government to scrap the bill immediately.

The all Assam Students' Union has been protesting against the bill. The Union’s chief adviser Samujjal Bhattacharya, after meeting Indian home minister Amit Shah, said: “They're planning to bring Citizenship Amendment Bill as it's good for the country, we said it's bad for Assam & northeast. Movement against the Bill will continue throughout Assam.”

Assam: All Koch-Rajbongshi Students' Union (AKRSU) staged a protest yesterday in Guwahati, demanding for a separate state of Kamatapur and Scheduled Tribe (ST) status to the Koch-Rajbongshi community. pic.twitter.com/tOBngVLDwX

Tharoor, a parliamentarian from the southern state of Kerala, said: “I am opposed to the Citizenship Amendment Bill. It is fundamentally against the tenets of democracy. I speak for myself. Can’t discriminate on the basis of religion.”

The legislation was previously introduced in parliament, but the Upper House rejected it saying that “right to citizenship is for all and not for specific religions”.

Ripun Bora, the PCC Chief in Assam, said: “Government has denied persecution of Hindus. This will further disturb demography of North-east states. Assam NRC is yet to meet its objectives.”

It was further argued that the legislation would create “ethnic divisions” in the country, especially in Assam.

However, Indian minister Prakash Javadekar, a member of the ruling Bharatiya Janata Party, said during a press briefing that the bill is in national interest and not against anyone. Meanwhile, Political leaders and members of civil society are also condemning the bill.

India’s citizens are its citizens, irrespective of what faith they follow or don’t, what they eat, what work they do, their caste, creed, place of residence, gender or colour of skin. No to Citizenship Amendment Bill. https://t.co/cEc8E32OHJ

If the govt really wants to help persecuted minorities of neighbouring countries, then why have 62,000 Tamil refugees from #SriLanka, who are refugee camps in TN, been left out of the #CitizenshipAmendmentBill? They are mostly Hindus and Christians.