© AP Photo / Jae C. Hong
Subscribe
In July 2018 the world was gripped by the desperate efforts to rescue a group of Thai schoolboys who were trapped in a cave. British cave diver Vernon Unsworth, who heroically rescued the boys, is suing US billionaire Elon Musk for defamation.

Elon Musk formally apologised in court in Los Angeles to Vernon Unsworth but insisted his “pedo guy” tweet had been a joking insult and he had not been accusing him of being a paedophile.

Looking directly at Mr Unsworth, the Tesla boss said: "I apologised in a tweet and again in the deposition, and I'll say it again: I apologise to Mr Unsworth.”

​Musk, who grew up in South Africa, insists it was common there to use the term “pedo guy” to refer to a “creepy old man'' and he said he used the term instinctively after Unsworth insulted him.

In a TV interview Mr Unsworth referred to Musk’s offer as a "PR stunt" and suggested the American "stick his submarine where it hurts". 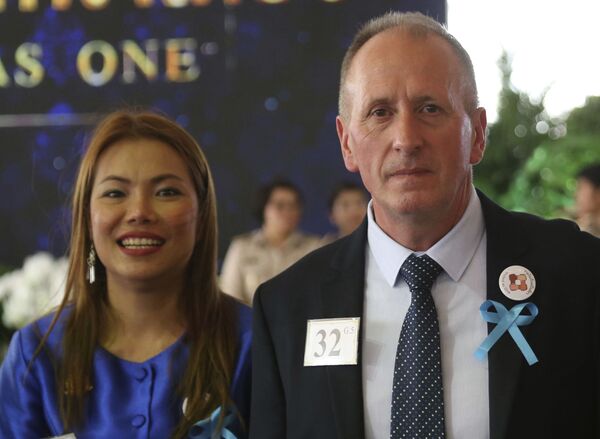 Musk watched the TV clip and reacted angrily with a series of tweets on 15 July  2018, including the notorious “pedo guy” tweet.

Musk told the jury in Los Angeles: “It was wrong and insulting, so I insulted him back. It was an unprovoked attack on what was a good-natured attempt to help the kids.''

During opening statements, Musk’s lawyer Alex Spiro referred to the interaction as “joking, taunting tweets in a fight between men.''

​But Mr Unsworth’s lawyers say that when Musk was asked on Twitter if he thought Mr Unsworth was a paedophile he replid: “Bet ya a signed dollar it's true.'”

Musk also told a Buzzfeed reporter who asked him about Mr Unsworth’s threats to sue over the tweet: “Stop defending child rapists.”

Mr Unsworth, who was praised by the Thai king and the British prime minister, is seeking unspecified damages for pain, suffering and emotional distress from Musk, whose net worth exceeds $20 billion.

000000
Popular comments
Unsworth started the uncalled for insulting comments which degenerated into name calling insults. It's like getting into a fist-fight and saying you can't hit my 'b*lls' !! Unsworth should not profit from this exchange. Also, it's well know fact that many elderly 'farangs' who frequent Pattaya and Chiang Mai have local girls/boys on their mind, especially younger ones.