Who Does Melania Trump Suspect Behind Nude Photo Leaks? 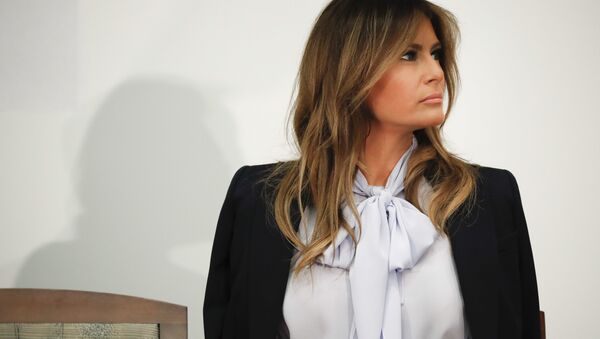 © AP Photo / Pablo Martinez Monsivais
Subscribe
Bombshell nude pictures of Melania Trump dating back to a 1996 photoshoot appeared in the New York Post in 2016, just a few months ahead of election day, stirring up a media frenzy at the time.

First Lady Melania Trump reportedly suspects that Roger Stone, a longtime adviser to Donald Trump, is behind the release of nude photos dating to her modelling past, claims a new book set for release this Tuesday, entitled “Free, Melania: The Unauthorised Biography”.

According to the copy seen by The Guardian, the author, White House reporter for CNN Kate Bennett, writes that the first lady “still refuses to believe” her husband may have had a hand in releasing the pics that found their way into the New York Post on 30 July 2016, several months before election day.

At the time, Stone had no formal role with the Trump campaign, having left it in August 2015, although he remained close to Donald Trump.

“The theory goes that Trump was trying to head off a bad week on the campaign,” the publication quotes Bennett as saying.

“This time,” Bennett writes about the release of the photos, “the idea that [Trump] would throw his naked wife under the bus was almost so gross and salacious, and the photos so B-movie bad, the press ultimately spent very little time discussing them.”

“Melania has not commented on how she thinks they got into the hands of the tabloid and on to the cover, but friends say she still refuses to believe Trump would do that to her. As for Stone, she’s not so sure.”

A member of the White House press corps focused on the first lady and the Trump family, in her new book, “Free, Melania: The Unauthorised Biography”, CNN reporter Kate Bennett weighs in on some of the theories and rumours circulating around the image of First Lady, Melania Trump.

Roger Stone has denied author Kate Bennett’s claim, with his wife, Nydia Stone, sending by text a statement which she requested be printed in full by The Guardian. The statement reads:

“The suspicion asserted in Kate Bennett’s book is categorically false and completely illogical. My husband and I have known Melania since she began dating the president. We adore her and think she is doing a phenomenal job as first lady."

“This ludicrous claim is an obvious attempt to drive a wedge between my husband and the president whom he has supported so loyally for the last 30 years. No one supported the president’s election more strongly than Roger Stone, and the leaking of anything that would damage his prospects of being elected makes no sense whatsoever. Kate Bennett works for CNN and therefore nothing she reports can be believed.”

The White House has also slammed the claims made in the book.

In a statement emailed to the publication, press secretary Stephanie Grisham, said:

“Mrs Trump is surprised at Kate Bennett’s reporting. Our office worked with Kate in good faith on her book, and thought she would do an honest job. Sadly, it includes many false details and opinions, showing Ms. Bennett spoke to many anonymous people who don’t know the first lady. It continues to be disappointing when people, especially journalists, write books with false information just to profit off the first family.”

The nude pictures of Melania Trump date to a 1996 photoshoot in Manhattan and were published by a French magazine the following year.

The bombshell photos show Melania wearing nothing but high heels in a series of images shot from the front, the back and the side. At the time of the shoot, Melania had just recently arrived in New York City from modelling stints in Paris and Milan, Italy. 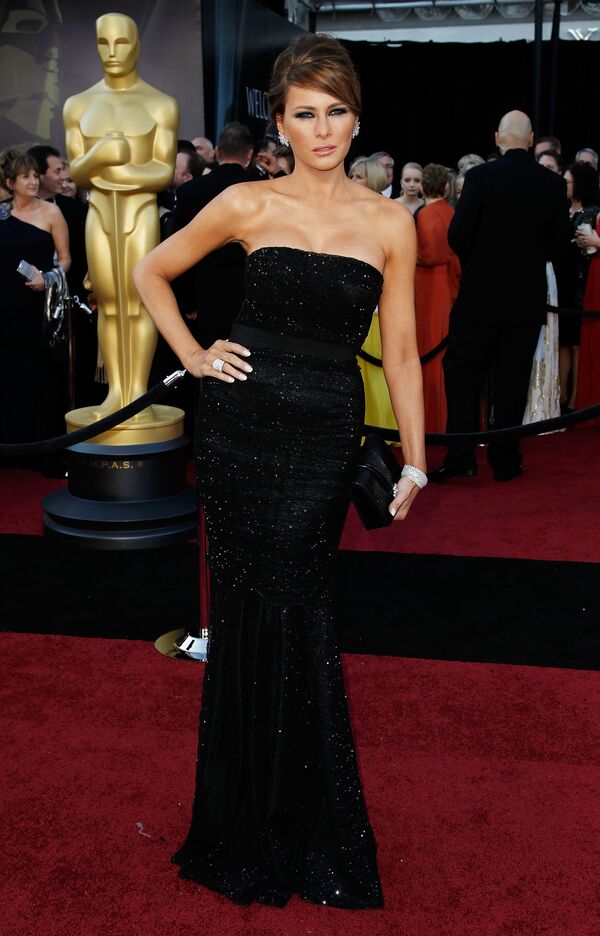 When asked about the photos at the time of the leak, Donald Trump brushed off the controversy, telling The Post:

“Melania was one of the most successful models and she did many photo shoots, including for covers and major magazines. This was a picture taken for a European magazine prior to my knowing Melania. In Europe, pictures like this are very fashionable and common.” 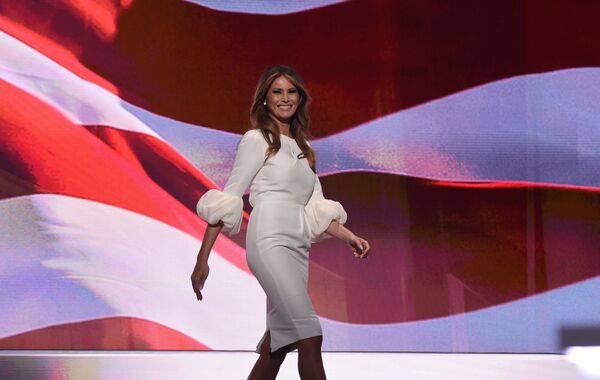 Melania Trump, wife of Republican presidential candidate Donald Trump, arrives on stage on the first day of the Republican National Convention on July 18, 2016 at the Quicken Loans Arena in Cleveland, Ohio
© AFP 2022 / Timothy A. Clary

She never denied posing for the infamous British GQ cover in the nude in 2000 and acknowledged that “people will always judge” her based on her past.