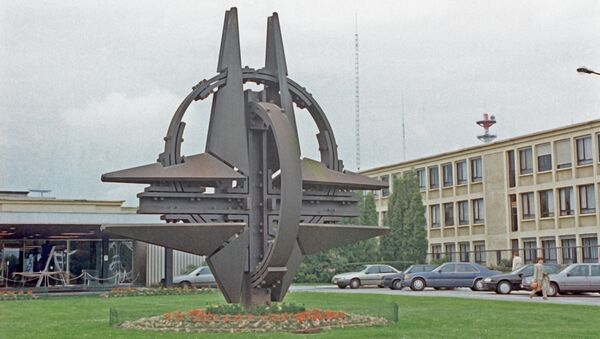 The North Atlantic Treaty Organisation's summit marking the 70th anniversary of the military alliance is taking place this week in London, with the the agenda set to include military spending, cybersecurity and external threats.

President Macron's bombshell interview to the Economist last month in which he called the North Atlantic Treaty Organisation 'brain-dead' sent shockwaves across the bloc with many of its members lambasting the French leader's statement. However, others were less eager to condemn Macron's particular wording which seems to have resonated with their own view to at least some extent.

Macron dropped the notorious "NATO is brain-dead" bomb in November in a wide-ranging interview with the Economist magazine justifying his words by stating that there was currently no security cooperation between Europe and the United States.

Despite a slew of criticism, Macron stood by his words, later saying that his comment was a "wake-up call" for the alliance.

French Defence Minister Florence Parly also appeared to agree and argued Macron's words did not signify the bloc's death but rather spoke to the crisis NATO is currently going through.

The Bloc is 'Challenged'

Macron's position also seemed to have struck a chord with Denmark's Prime Minister Mette Frederiksen, who, while not necessarily agreeing with the French President, said that she could see where he was coming from.

"I don't want to delve into the choice of words. But the basic analysis that NATO is challenged, has, I believe, some merit to it," she said as quoted by the newspaper Jyllands-Posten.

Germany's Angela Merkel was in the forefront of those who castigated Macron for his comments.

But not everyone in Berlin is 100% content with the current state of affairs.

German Defence Minister Annegret Kramp-Karrenbauer, who is widely touted as a possible successor to Merkel, is on record calling for a "self-confident European defence union" during a keynote address to young officers of the German Armed Forces in Munich, warning Europeans against "dwarfing."

No NATO At All?

Macron's comments aside, there appear to be other members of the political elite in Europe that are not so thrilled with the bloc's very existence - as can be seen in a footage from 2014 that recently emerged in which Jeremy Corbyn, current leader of the UK Labour Party, said that he was no fan of NATO and, in fact, he wished Western military alliances didn't exist.

Just weeks before the video surfaced, Corbyn refused to admit that NATO is the "most successful military alliance in history", saying in an interview quoted by the Daily Mail that he was not sure he could define it as that.