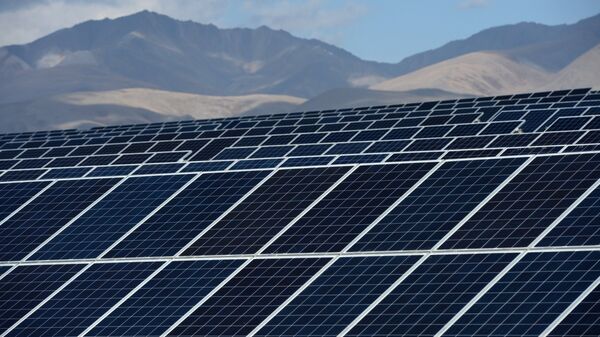 The Republic of Ireland will provide 8.8 million euros ($9.7 million) of funding for a proposed solar power plant in Northern Gaza, which will provide electricity for a wastewater treatment plant, Irish Minister for Foreign Affairs and Trade Simon Coveney said on Tuesday, while also calling for an end to the Gaza blockade to end an ongoing humanitarian crisis.

Coveney stated that poor drinking water was the leading cause of child mortality in Gaza, and that Irish funding would help provide a steady supply of electricity, in light of Gaza’s critical energy shortage, to a crucial piece of infrastructure. According to the World Health Organisation, 97 percent of Gaza’s natural water is unfit for human consumption, the press release cited.

"I am pleased, therefore, today to announce a major investment by Ireland, working with France, to address these issues through providing a solar energy solution to the energy needs of the NGEST water treatment plant in Gaza. Importantly, many of these solar panels will stand in land previously designated as off-limits by the Israeli authorities. Opening up this land for humanitarian uses, and particularly for solar installations, has huge potential in a place where land is so scarce", the press release read.

The minister also outlined that key infrastructure developments, such as funding NGEST, would be crucial in alleviating the current humanitarian crisis in Gaza.

"Investments like this are critical to counter the ongoing humanitarian crisis in Gaza. Ultimately, however, we know that only a political solution can lead to real development in Gaza. In particular, we need to see an end to the blockade of Gaza, an end to the cycle of conflict, and an end to the political division between Gaza and the West Bank," Coveney said.

The Irish foreign minister travelled to Gaza after meeting with Israeli Prime Minister Benjamin Netanyahu. According to a Monday press release published on the Israeli government website, the two officials discussed perceived threats to Israel, and "recent developments vis-à-vis the Gaza Strip."

The NGEST wastewater treatment plant is managed by the Palestinian Water Authority. So far, $75 million of funding has been provided from organisations including the World Bank, French Development Agency and European Commission.

Gaza has been under a crippling Israeli blockade for over a decade. Israel has restricted imports of many vital goods to the area, including food, medicine and fuel, which is needed to run generators at hospitals.