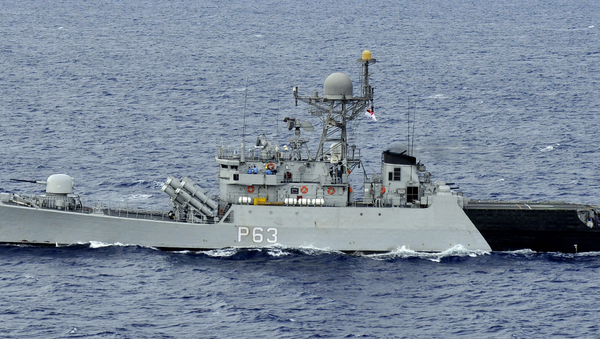 The Chinese vessel was said to have been carrying out research activities in the Indian waters in the Bay of Bengal several weeks ago.

India's Navy has chased a Chinese ship out of its waters in the Bay of Bengal, India Today TV reports.

According to the news channel, the incident took place a few weeks ago, when the Chinese ship, Shi Yan 1, was spotted carrying out research activities near Port Blair without permit and was asked to leave.

Indian Navy Chief, Admiral Karambir Singh, has said: "If anyone operates in our region, they have to notify us first."

Port Blair is the capital of the Andaman and Nicobar Islands, an Indian territory at the southeastern edge of the Bay of Bengal. This far-off group of islands is considered to be of strategic importance to India because of their vicinity to some of the world's busiest shipping routes and their role in India's efforts to monitor China's growing naval presence in the region.

Earlier this year, India opened a third air base on the islands to beef up surveillance of the Chinese fleet activity in the Indian Ocean. There have been reports in the past years of Chinese ships and submarines entering the ocean. China says that it deploys subs and warships to the region for international anti-piracy missions.