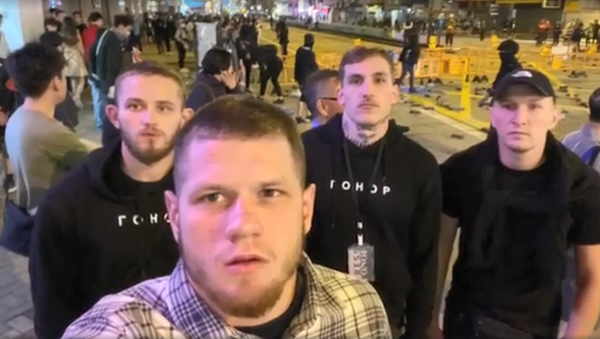 Prominent Ukrainian neo-Nazi figures have been spotted in the Hong Kong protests just weeks after hosting an “academy of street protest” in Kiev.

“Fight for freedom stand with Hong Kong!!” said another post by Filimonov, showing them posing, masked, alongside Hong Kong protesters.
Figures in the video as well as photos posted the following day include Ihor Maliar, an Azov Battalion veteran who sports a “victory or Valhalla” tattoo across his neck, and Serhii Sternenko, who headed the Odessa section of Right Sektor when it torched the Trade Unions House on May 2, 2014, killing 42 people and injuring hundreds in the street violence before and after. Sternenko also helped found the “People's Lustration” fascist gang, which harassed, beat up and humiliated former officials of the Ukrainian government in the months following the 2014 Euromaidan coup. 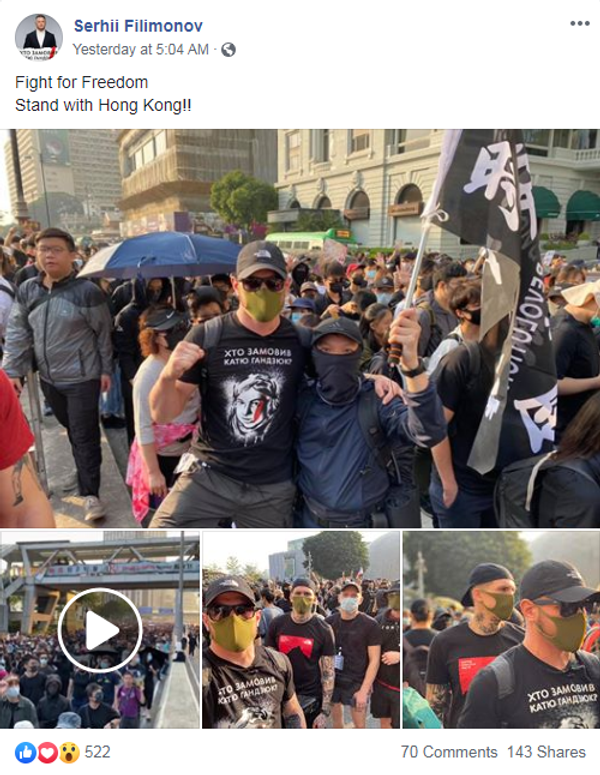 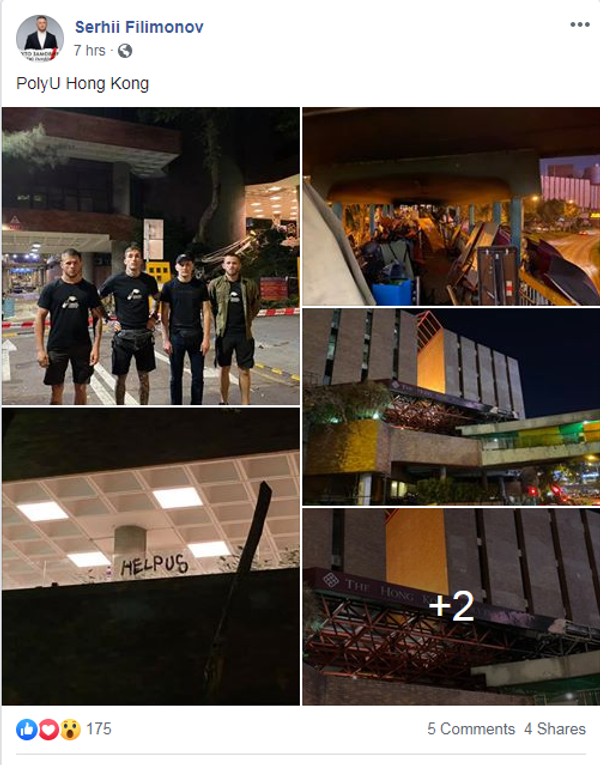 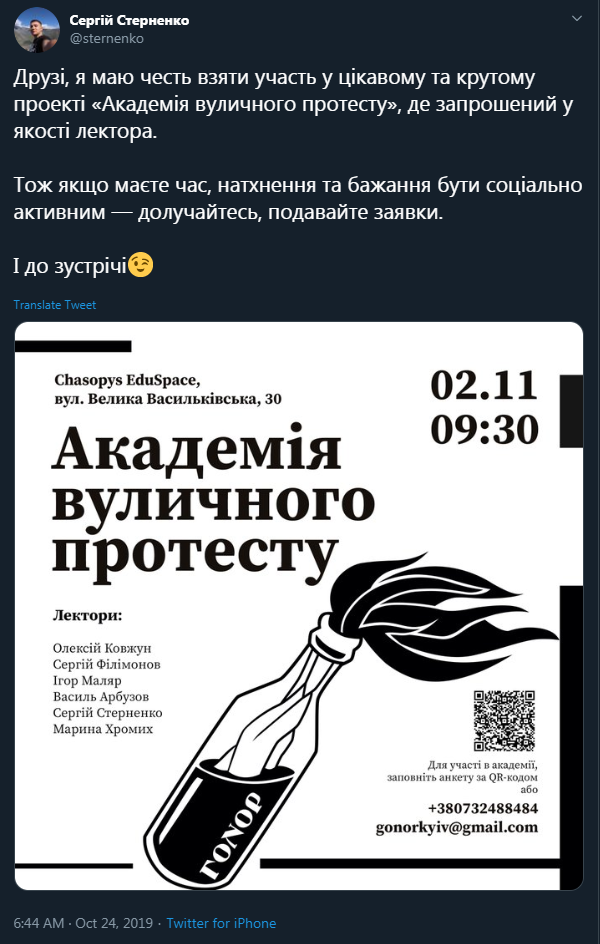