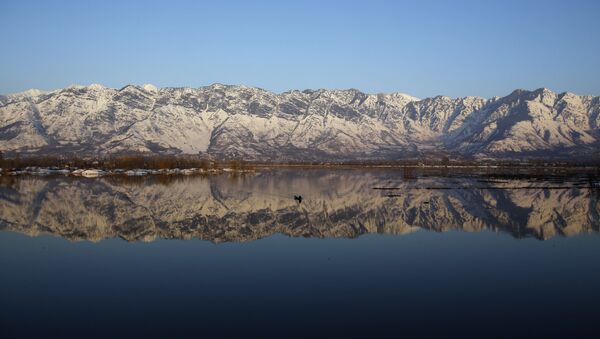 New Delhi (Sputnik): The Indian government lifted the advisory issued on 02 August, asking tourists and pilgrims to stay away from Jammu and Kashmir. An order from 9 October said tourists desirous of visiting the state would be provided the necessary assistance and logistical support.

Kashmir received its first snowfall on 7 November and the white blanket engulfed the Valley but the scenic views failed to pull in crowds as in previous years. Ever since the abrogation of Article 370, stripping the state of Jammu and Kashmir of its special status, the Valley is under a communications blockade, which has hit the tourism industry most.

From hoteliers to shikara (boat) owners, taxi owners or houseboat owners, everyone in the tourism industry has been hit adversely this year, says houseboat owner Feroze Ahmed.

“Everything is shut, how will the tourists come? The government has removed the advisory but the phones are not working, internet is not working. In such situations, the lifting of advisory doesn’t really benefit", said Ahmed.

“If the situation was normal, then the recent snowfall would have attracted a lot of tourists, especially newly-married couples. Many people from the eastern Indian state of West Bengal, south Asian countries like Thailand, Malaysia and Indonesia would have come. But the situation is not normal here. There is no work in any sector. We are in losses. Some owners don’t even have money to buy rations for houseboats", Ahmed added.

The government restored post-paid and landline calling services in October but internet services and pre-paid numbers have been blocked since August.

“Tourists are coming but not as much as they would otherwise and it is major because of media reports of unrest in the Valley. People, who are coming here in whatever little numbers, say that situation here is not as bad as they thought", says Manzoor Ahmed Dar, owner of a shikara (boat) business.

Dar is highly optimistic about the situation improving in future, even though there were no bookings through internet. The current bookings are purely from word of mouth. “When we treat people nicely, they share our number and that is how I receive bookings now".

On 5 August, the Indian government scrapped Article 370 of the Constitution, which granted special autonomy to the state of Jammu and Kashmir. The erstwhile provision allowed the state's local legislature, the Constituent Assembly, to make its own laws on certain specified subjects.