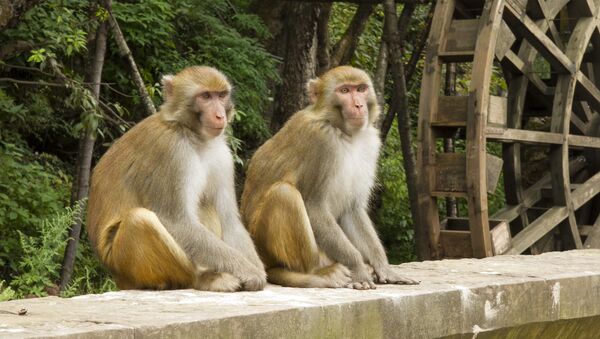 Attacks by mammals have drastically increased in India in recent years. In one case a monkey snuck into a house, stole a pile of money, climbed a nearby tree, and started throwing cash on passers-by. However most of encounters do not end well.

Indian authorities plan to use artificial intelligence to sterilize monkeys since animals have become increasingly aggressive and attack people in the capital New Delhi more and more. A group of scientists from the Indraprastha Institute of Information Technology in New Delhi are now working with Microsoft AI for Earth, to identify and track the movements of animals that have attacked humans. Researchers will then send this information to the city’s animal control officers, who in turn will catch the bellicose monkeys and sterilize them.

Attacks by monkeys on people in New Delhi and across the country have reached frightening proportions. One thousand people are bitten by primates in India every single day. The animals also steal food, valuables, like money and cause huge damage to property.

At the moment, authorities use facial recognition to identify and locate monkeys, however this work is done manually, but after the group of scientists finishes its work this task will be performed by AI. Researchers are now working with a database of 4,000 images of 93 monkeys, training AI to recognise animals’ faces. As the database expands with time, scientists will use cloud computing to process information. They also plan to develop an app that will allow people to upload photos of delinquent animals, tag their location, and then sent it to the database.

Why Have Monkeys Become Aggressive?

As cities and towns grow in India they often get into territories inhabited by wild animals. For some animals urban encroachment means displacement and collapse of the population as they are unable to fend for themselves, but for monkeys being so close to humans brought benefits as they don’t need to forage and have numerous food options- leftovers, food that they can steal from houses or cafes.

"With easy access to all that nourishment and thus more time on their hands, it’s no surprise India’s urban monkey populations are on the rise”, said the team of scientists working on AI.

The group claims that the tagging of geolocation data will allow the movements of monkeys to be observed, which in turn will help to detect population displacement and prevent or reduce conflict between humans and animals.