Thou Shalt Not Complain! Pope Francis Claims 'Sad People Are Not Christians' 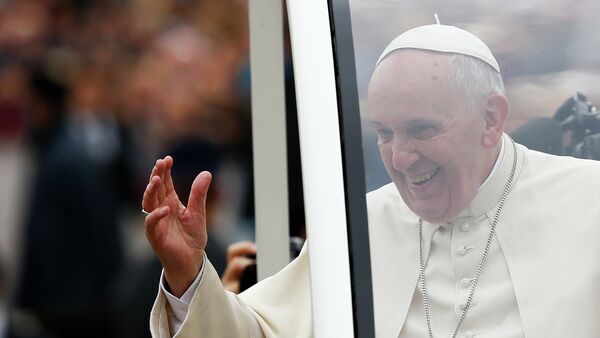 The head of the Catholic Church is no stranger to surprising the public and parishioners with his statements and actions. This year, he surprised social media users when he didn’t let the faithful kiss his ring because he feared people may get sick. He has also recently proposed adding a new sin to the Catholic catechism.

Pope Francis claimed that sad people “are not Christians” as he addressed participants of the international conference on evangelisation in Rome. The pontiff said that the first Christians didn’t complain about the hardships they faced.

"We think of the first Christians, who had everyone against them, who were persecuted and yet they didn’t complain about the world. Reading the New Testament, we see that they were not concerned with defending themselves against an empire that put them to death, but with announcing Jesus, even at the cost of their lives", said Pope Francis.

The head of the Holy See also spoke out against pessimism and defeatism, urging people to stay joyful and turn to God in prayer in order to stay upbeat whenever they are tempted by discouragement.

"Let us not be infected by the defeatism that sees everything as going badly. The Christian suffers many times, but does not fall into a profound sadness of the soul. Sadness is not a Christian virtue. Sorrow is. In order not to let ourselves be robbed of the enthusiasm of the Gospel, let us invoke the author, the Holy Spirit, the Spirit of joy who keeps the missionary ardour alive, who makes life into a love story with God", Pope Francis said.

The head of the Catholic Church is no stranger to making bold comments. The pontiff recently raised eyebrows when he proposed adding another sin to the Catholic catechism – ecological sin – meaning polluting the environment. Earlier this month, the head of the Holy See said that tech companies such as Google, Facebook, and Apple are accountable for the spread of child pornography and called on the companies and their representatives to assume moral responsibility in protecting children from accessing adult content.