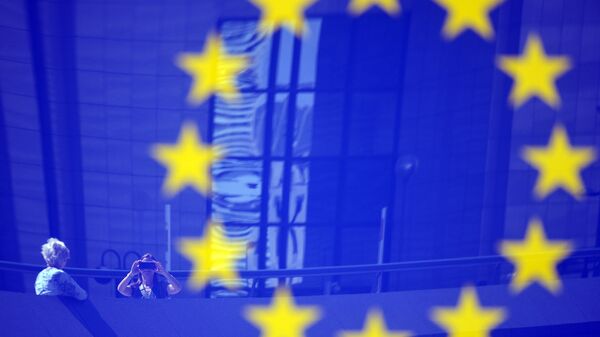 The consequences to people living in European countries will be disastrous after the EU Parliament declared "Climate Emergency" in its session on 28 November 2019, believes Dr. Waheed Uddin, a professor, consultant, former UN expert, author of books on infrastructure, and contributor to books on climate.

According to the expert, the EU parliament decision wasn't unanimous, as about 34 percent of votes were against the Climate Emergency declaration.

"It shows that country representatives have reservations about the perceived Climate Emergency agenda and the EU push for massive investments in renewables that will have adverse impacts on the EU economy."

He also noted that EU parliament chief Ursula Von der Leyen's intent to spend half of the annual EU budget (more than $11 billion) on renewables replacing fossil fuel would cost more than $1 trillion by 2030.

"No CO2 emissions by 2050 in EU countries, making it a Climate Neutral continent", the professor said. "No mention of whether extraction and export of North Sea oil will be stopped for Europe and North America."

"It will rely on environmentally disastrous and intermittent wind and solar with a useful life of not more than 20 years and unreliable battery storage. These renewable techs require 24/7 backup of coal and gas power generators which makes the no CO2 emission slogan meaningless", the expert argues.

He added that it would also push for more biomass plants burning wood pellets. Adopted by the EU, this unsustainable renewable is the biggest climate hypocrisy of the United Nations organs UNEP and UNFCCC. Forests are an important CO2 sink and provide fresh oxygen for people to breathe. The consequence of chopping trees will be poor air quality.

"The current energy costs in Germany and Denmark are the highest worldwide, which will increase throughout the EU countries but it does not help to eliminate CO2 emission. The declaration's unattainable targets for elimination of CO2 emission from fossil fuels will force significant reductions in the annual EU budget and each country's budgets for health services, education, social welfare, and defense spending", Uddin said.

The quality of life will also be degraded in CO2-free Europe and the future security of EU countries will be at risk, the expert warned.

Uddin thinks that the zero-CO2 emission target will make Germany and other EU countries more addicted to the Russian gas supply for renewables, especially providing 90 to 100 percent power supply during the winter season, which has been longer in recent years. The wind and solar renewables have already resulted in blackouts in South Australia and recent blackouts for millions of consumers in California.

"In reality, there is no climate emergency related to imaginary global warming by fossil fuel CO2 emissions, which is only 1 percent of 0.04 percent total CO2 (400 ppmv) in the atmosphere", Uddin said.

According to him, the roots of the CO2 misconception are propagated by the UN IPCC and UNFCCC.

"Misleading Atmosphere-Earth energy balance model that assumed the tiny CO2 to trap a part of the reradiated long wave Infrared (IR) from the Earth, heating it, and backradiating to Earth. This greenhouse effect (GHE) hypothesis is invalid against all known laws of physics and data science", the professor insisted.

The professor pointed out that in fact, the Earth's historic global surface temperature of 15°C by the International Standard Atmosphere (IAS), used in aviation since the 1950-1960s, leads to approximately a minus 1°C anomaly reduction in global temperature over the last 50 years. The UN IPCC reports and NASA/NOAA web pages showed and used the same 15°C Earth's global temperature until the 1980-early 1990s. They lowered it to 14°C in the 1990s, when they conspired to blame fossil fuel CO2 emissions for global warming by a massive tampering of the international temperature database.

"The European markets will be flooded by exports from China and India with higher prices due to transportations costs. Surprisingly, the EU leaders can't comprehend the amount of CO2 emissions produced by a large containership trip from Shanghai to Rotterdam. They ignore the stark reality that CO2 emissions in Asia and the USA will increase global CO2", the professor said.

As a result, the degrading quality of life and enormous energy costs will lead to thousands of deaths of seniors and poor people from vulnerable populations, Uddin thinks.

"People in France have been protesting against the CO2 tax hike of fuel prices, and within the next 10 years and before the EU and UN alarms of the 2030 Climate catastrophe, masses in EU countries will revolt against EU parliament and government leaders causing socio-political turmoil not seen  since WWII", the expert concluded.