What Do They Stand For? An Idiot’s Guide to the Conservative and Labour Party Manifestos 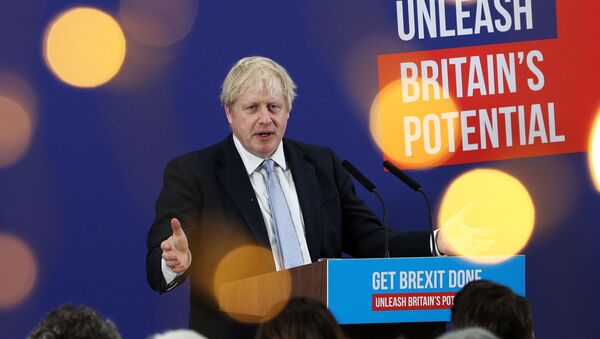 When the Prime Minister, Boris Johnson, launched his party’s manifesto he chose to do so in Telford, a constituency in the English Midlands which is one of the most marginal in the country - the Tory MP Lucy Allen won by only 720 votes in 2017.

The General Election will be won and lost in seats like Telford, far from the liberal, Remainer heartlands in the capital.

So where do the two parties differ in their policies?

Get Brexit Done - Now or Eventually

The Conservative Party’s main selling point is that it is the only mainstream political party which is promising to deliver a Brexit deal quickly.

​Johnson negotiated a new deal - a variation of Theresa May’s deal - in October but was unable to get it through Parliament, partly because his erstwhile allies in the Democratic Unionist Party (DUP) felt they had been betrayed because it introduced an effective border in the Irish Sea, hastening the day when Ireland will be united.

So if the Tories get an overall majority in Parliament, Johnson can just table the deal again and get it pushed through before the end of January no matter how incandescent with rage it may leave Labour, the Liberal Democrats, the SNP and the DUP.

In the manifesto the Conservatives also promise to negotiate a trade deal with the EU before December 2020, when the so-called transition period is due to expire.

Different Ways of Looking at Immigration

In the 2017 Conservative manifesto they promised to reduce net migration to less than 100,000.

They failed and the 2019 manifesto promises instead to copy the Australian system, whereby immigrants are graded on the basis of points, in an attempt to attract "the brightest and the best" from all over the world.

Figures out this week showed net migration to the UK has actually fallen to its lowest levels since 2003, with a rise in migrants from outside the EU failing to offset a steep decrease being in migrants from EU countries.

The Tories’ emphasis on immigration plays well with voters, especially in constituencies which leaned towards Leave, but they do not really explain who will do jobs like harvesting fruit and vegetables and cleaning toilets if the supply of unskilled labour from abroad is choked off.

Labour puts much less emphasis on immigration - in fact its major offer on the subject is to allow all EU nationals currently living in the UK to remain, even after Brexit. Currently 2.45 million EU nationals are applying for settled status, but another million have not yet applied.

Ahead of the General Election, Tim Richards discusses the #immigration policies contained in the Conservative Party manifesto. This follows on from our consideration of those in the Labour Party manifesto, with a look at those in the Liberal Democrats' manifesto coming soon. pic.twitter.com/ZTOtVjI1BQ

Labour also promises to allow in more “refugees” and says they will have “the right to work, access to public services and will be treated humanely by government at all levels.”

Everyone Is Throwing Money At The NHS

The Conservatives have been in government since 2010 so a cynic might question why it is only now that they are promising to spend big on the National Health Service.

In fact for most of the last nine years of austerity, they kept health spending down.

But in the Tory manifesto they now promise to supply 50,000 more nurses - partly by reintroducing maintenance grants for nursing students, which were scrapped in 2017 - and provide 50 million more GP surgery appointments a year.

How many times do the manifestos mention these issues?

I’ll leave you with that.

​Labour on the other hand has promised to end the privatisation of the NHS - amid rumours Johnson is planning to hand it over to US healthcare companies - and increase expenditure by 4.3 percent a year.

When you get hit by a car but NHS is private now. pic.twitter.com/6hsEqDxuDf

​Who is the Party of Law and Order?

Once again this amounts to a Conservative U-turn after years of austerity.

Police forces up and down the country are massively short-staffed and an estimated 21,000 jobs in the police have disappeared since 2010.

So now the Conservatives are promising to create 20,000 new police jobs and are trying to reclaim the title of the “party of law and order”.

​They are also promising tougher sentencing for criminals - especially with plans to reduce from one-half to one-third the amount of time off a prison sentence and also potentially blocking the release of convicted murderers who have not given up the location of their victim’s bodies.

Labour’s manifesto says it would “rebuild the whole police workforce, recruiting more police officers, police community support officers and police staff. We will re-establish neighbourhood policing and recruit 2,000 more frontline officers than have been planned for by the Conservatives.”

No Rises in Taxes

The Conservatives traditionally appeal to those voters who want low taxes and they have backed this up in the manifesto with a promise not to increase income tax, VAT or National Insurance.

That is a considerable promise and could come back to bite Johnson if, as some fear, the UK economy begins to struggle after leaving the European Union.

Corbyn’s tax increases were NEVER going to be limited to people earning over £80k per year. The IFS said so.

And here is Corbyn being confronted with that truth. pic.twitter.com/1lru9NVrhM

​It will give Johnson and his Chancellor, Sajid Javid, little wriggle room and could mean government borrowing rising considerably.

Labour’s manifesto does not specifically mention tax but Jeremy Corbyn has previously insisted only the richest five percent would face tax rises, as well as companies who would face a big increase in corporation tax.

Rise in Pensions and Promise on Care

Another group of voters the Tories are seeking to appeal to - and have been quite loyal to them in recent years - are the elderly.

So there is plenty in the manifesto for them - the triple lock will be maintained, meaning the state pension will rise by at least 2.5 percent per year.

Labour’s plans for a massive tax raid on the retirement savings of more than 10 million British people will hit pensioners and could force them to delay retirement by almost three and a half years.https://t.co/hQYmtU9sVA#CostOfCorbyn

​The Conservatives are also promising pensioners will not be forced to sell their homes to pay for their care.

There is a huge funding crisis in adult social care and the government has continually put off publishing a Green Paper on how to fix it but they are promising old people will not have to sell off their family homes.

Labour pledges to compensate three million women who were due to retire at 60 and were then told they had to carry on working for six years before they could get a state pension.

The Conservatives know those voters for whom climate change is the most important issue will probably opt for the Greens, Labour or even the Liberal Democrats, who have all set more ambitious emissions targets.

But they knew they had to give a nod in the direction of the subject so they have set a goal of cutting carbon emissions to zero by 2050, which compares to 2045 which the Lib Dems and SNP have suggested and 2030 which the Greens say is achievable.

Where does the climate emergency first get mention in the party manifestos? @GWhittell has been counting. pic.twitter.com/njBKjlbWh7

​The Greens admit that could only be achieved by banning all petrol and diesel vehicles, insulating all homes and changing the way central heating boilers work.

In its manifesto Labour says: “We will introduce a Climate and Environment Emergency Bill setting out in law robust, binding new standards for decarbonisation, nature recovery, environmental quality and habitats and species protection.”

Labour promises a “green industrial revolution” and says: “We will position the UK at the forefront of the development and manufacture of ultra-low emission vehicles and will support their sale. We will invest in electric vehicle charging infrastructure and in electric community car clubs. We will accelerate the transition of our public sector car fleets and our public buses to zero-emissions vehicles.”