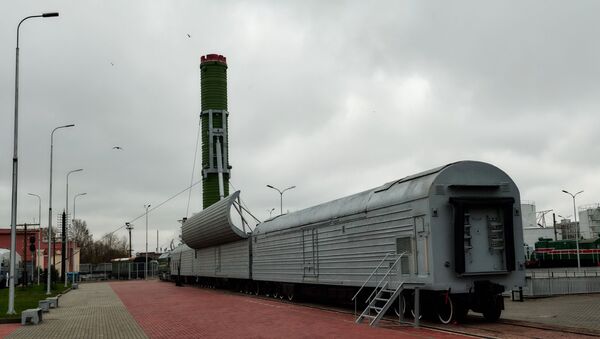 Tim Korso
All materials
Nuclear missiles based on the frame of a regular railway car were an ideological extension of ground-based mobile missile systems, making strategic weaponry more mobile, while also less detectable.

Thirty years ago Soviet Strategic Missile Troops added a new type of weapon to their arsenal, causing serious concern among western states in the last years of the Cold War. The weapon's appearance was deceptive; externally it looked just as any other civilian cargo train, but inside three of its rail cars were hidden RT-23 Molodets ("fine fellow"; NATO reporting name SS-24 Scalpel) strategic missiles, capable of delivering ten nuclear warheads each to distances of up to 10,000 kilometres.

This was precisely the idea behind these "nuke-trains". While regular ground-based launchers were hard to hit due to their mobility, they still were detectible via satellite surveillance. Railway-based missile launchers, in turn, were hardly distinguishable from regular civilian trains even to railroad workers themselves, despite having three locomotives instead of one. This would allow Moscow to land a major retaliatory blow to any adversary even if it successfully managed to uncover the locations of missile silos and mobile launchers and destroy them in a first strike. 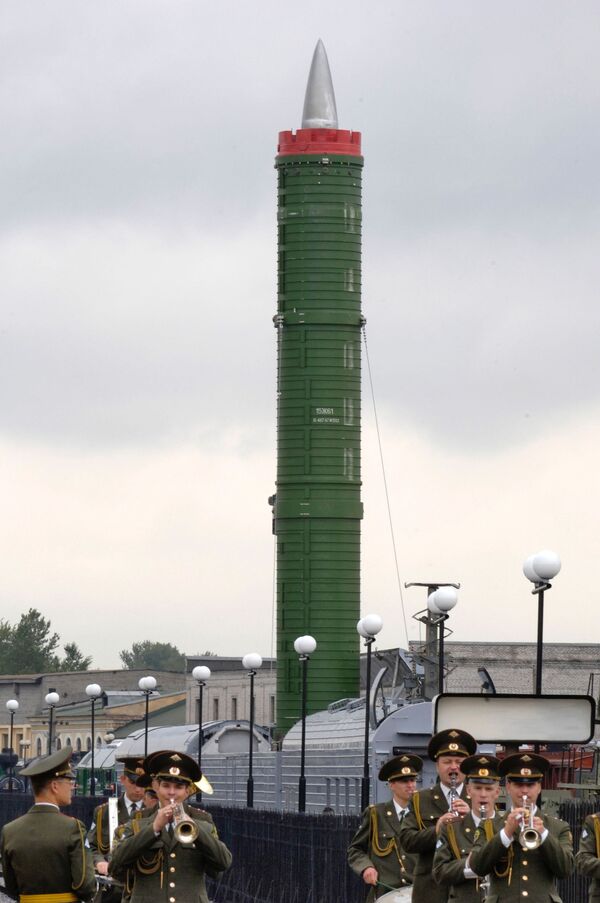 Combining high mobility (up to 1,000 kilometres per day), autonomy and even decent nuclear strike resistance proven by tests – the "nuke-trains" became a formidable addition first to Soviet and later to Russian strategic forces, after they were deployed in 1987, though officially they were adopted in 1989. Key Soviet rival, the US, also made several attempts to add such weapons into its nuclear arsenal, but none of the prototypes, such as a mobile version of the Minuteman strategic missile, ever made it into the country's regular strategic forces.

The West's concern regarding these "nuke-trains" didn’t go away with the end of the Cold War. First they negotiated with Moscow to stop their movement and make them stationary, and later, as a part of the now defunct second Strategic Arms Reduction Treaty (START II), they were ordered to be disassembled. Their disassembly did not end with Russia’s announcement that it no longer felt bound by the treaty due to the US withdrawal from the Anti-Ballistic Missile Treaty in 2002 and by 2005 all of the Soviet "nuke-trains" were decommissioned.

Their idea, though, still lives on. In 2012, Russia announced the construction of a newer version based on the RS-24 Yars (NATO reporting name: SS-29) missile, to be called the SS-X-32Zh Barguzin. A newspaper report in 2017 claimed that the project had been suspended for a time, but a source in the Russian Defence Ministry said in 2019 that the country has not abandoned the idea of developing a new generation of railroad-based launchers for its strategic nuclear missiles.