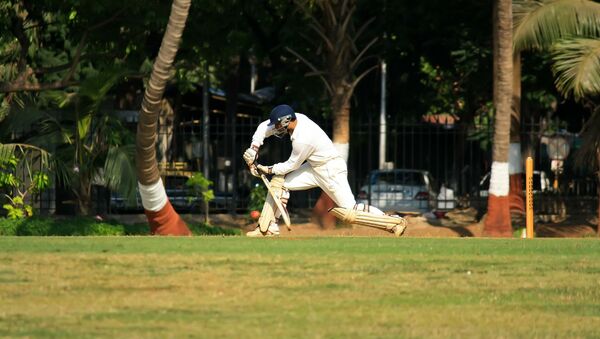 New Delhi (Sputnik) : A long-held record of scoring 7,000 runs in test cricket by a player in the fewest innings has been shattered after 73 years by the former captain of Australia.

The world's number one test batsman Steve Smith on Saturday set another benchmark when he scored his 23rd run against Pakistan during the ongoing 2nd Test in Adelaide. Smith completed the landmark of 7,000 Test runs in only 126 innings, becoming the fastest ever to reach the milestone.

The record was previously held by England legend Wally Hammond, who scored his 7,000 runs in 131 innings while Indian batsman Virender Sehwag had done it in 134.

From all over the world, netizens congratulated Smith’s milestone and showered him with praise.

The fastest to 7K - you're a star Steve Smith! ⭐#AUSvPAK pic.twitter.com/sU7uxN8vGR

Smithy You are a hero😎💛🇦🇺

What a player Steve Smith

Forever compared to Indian Captain Virat Kohli, Smith did not only beat him but also surpassed the great Indian batsman Sachin Tendulkar to achieve this milestone. Kohli took 138 innings to reach 7,000 test runs while it took Tendulkar 136 innings.

During his inning, Smith also surpassed legendary cricketer Sir Don Bradman (6,996) on the list of most Test runs for his country.

In a recent interview, Smith had revealed that he punishes himself when he doesn’t get runs and treats himself with a chocolate bar when he scores.

Smith is currently the second highest run scorer in 2019.