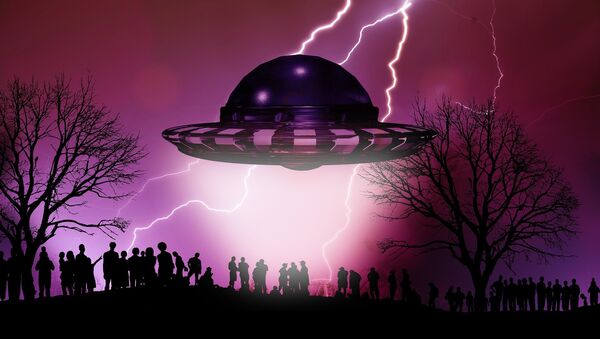 Although the plan to Storm the mysterious Area 51 in the Nevada desert in September, which turned into a viral craze this summer, failed and nobody dared challenge the US Air Force, alien hunters should not give up, as there are other places to go look for signs of extraterrestrial life.

There is no need to risk your life and freedom by breaking into Area 51 at the classified US military base to search for extraterrestrials, as several other locations are said to offer a thrilling experience for conspiracy theorists. This list, compiled for those who think the truth is out there, includes it all – everything from the UFO capital of Australia, to an alien gravesite in the US.

If one would like to greet newcomers from other worlds in person, he or she should head to a place called Ovnipuerto near the city of Cachi in Argentina, as a Swiss enthusiast has built a giant airstrip for them there. Werner Jaisli reportedly arrived there in 2008 after receiving a telepathic message from a UFO captain.

“If you build it, we will go”, the creature allegedly said, while the recipient of the message was illuminated by a beam of light from the ship.

Acting upon the instruction, he built a gigantic landing spot with rocks. It represents multi-pointed stars, making for a breath-taking view when seen from above. The largest one is white, while the smaller ones are dark. If the alien communicator was truthful, then the arrival is set to happen soon.

The proud title of the UFO capital of Australia is claimed by a tiny place called Wycliffe Well, hidden out in the desert of the country’s Northern Territory. It aspires to be the best place for UFO sightings. Like similar places scattered across the continent, this one is basically a roadhouse where a tired traveller can find gas, food, and a roof over his or her head.

However, the stop between the towns of Alice Springs and Tennant Creek has more to offer – as UFO sightings began here with reports from soldiers during World War II. The people who run the place are even said to keep a log of such encounters, as there are a lot of them.

A local cemetery in Aurora, Texas is said to be the final resting place of the pilot from an alleged UFO crash that happened over 120 years ago. In 1897, the Dallas Morning News reported about a “mystery airship” that smashed through a windmill and crashed into the ground.

The “petite” and “Martian” body of the pilot, who was killed in the collision, was allegedly buried under a tree, observing good Christian rites. There have been demands to exhume the burial, but these requests have been denied. There is still an opportunity to visit the mysterious spot as long as the story has not been proven to be a hoax.

Like the mysterious region in the US desert, the Brazilian town Varginha has become a pilgrimage site for believers in aliens. Its fame dates back to 1996, when two sisters and their friend witnessed a strangely-shaped creature with V-shaped feet and large red eyes. Other reports about the sighting flooded in. One such report suggested that the creature had been found dead in a ditch and was retrieved by three military trucks.

Although the Brazilian government has denied that any of this ever happened, the reports prompted a media frenzy in Brazil, and word later spread around the globe. Truth hunters have since flocked there, something that locals quickly capitalised on, selling grey dolls and offering services for pilgrims.

Aliens ‘Turned Off Nuclear Weapons’ to Show Us How ‘Useless’ They Are, Claims UFO Expert
The serene fields in a part of Dartmoor National Park called Hollowcombe Bottom also conceal an unsolved UFO-linked mystery. In 1977, the area made headlines as the site of an enigmatic pony massacre. A family discovered a herd of animals with broken limbs and bloodied flesh lying in a field. According to reports, their bodies decomposed at an unnaturally fast rate.

While the reason for their death remains a mystery, one of the theories suggests that the creatures were killed by a vortex created by a swooping spacecraft with aliens.