Schoenefeld Airport in Berlin on Lockdown Due to WWII Bomb 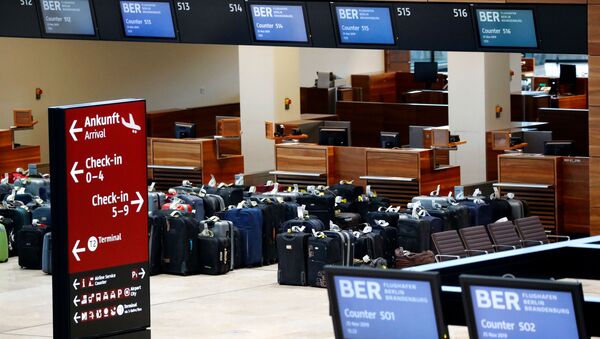 At the moment, there is no official information about how dangerous the bomb is. According to an airport spokesman, the bomb was discovered during construction work in the facility, and the emergency services are already at the scene and trying to secure it.

An official statement has been published by the Berlin Airport Service, warning about a bomb at Schoenefeld Airport. The timetable suggests that some flights have been diverted from Schoenefeld due to the incident.

According to initial reports, it is unclear how long the bomb disposal operation will take.

#flightoperations #sxf interrupted - Please check flight status on our website or with your airline: https://t.co/zwyKGXavb7

Schoenefeld Airport is located 18 (11 miles) southeast of the German capital, and, according to 2017 data, it handles around 13 million passengers yearly.