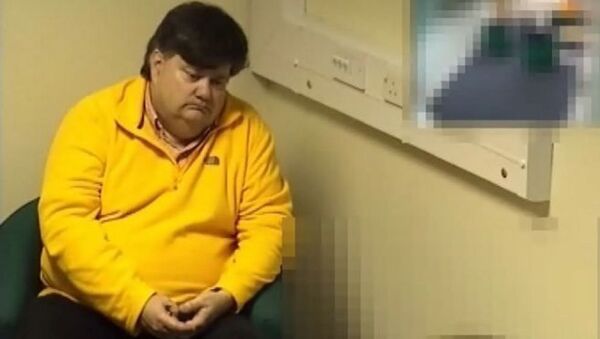 © Photo : Northumbria Police
Subscribe
International
India
Africa
The raid was conducted under the auspices of Operation Midland – launched in 2014, the investigation spent millions of pounds pursuing the accusations of Beech, and led to the arrests of several individuals alleged to have been involved in the rape and torture of young boys.

Former MP Harvey Proctor is to receive sizeable compensation and costs from the Metropolitan Police over the force's calamitous probe into false claims of a VIP paedophile ring.

The former Conservative representative for Basildon and Billericay had his home raided in March 2015 due to allegations made by fantasist Carl Beech – he will now receive £500,000 in compensation and around £400,000 in legal fees from Scotland Yard.

Operation Midland unceremoniously collapsed without a single conviction after 18 months, bar that of Beech himself, who now serves an 18-year prison sentence for 12 counts of perverting the course of justice and one count of fraud.

Boris Johnson has told LBC "it’s clear that misjudgments" were made in the police case against Harvey Proctor, the Prime Minister was speaking on the day the ex-Tory MP secured a £900,000 payout from the Met.https://t.co/8vWVS4vM3i

​During his trial in June, Proctor testified to the impact the false allegations had on his life, with media interest following the police raid leading to him losing his job and compelling him to leave the UK to live in Spain for his own safety.

The payout is Operation Midland’s biggest yet, with Lord Bramall and the family of Lord Brittan receiving £100,000 each in 2017 – and Mark Stephens, part of Proctor’s legal team, said the award is one of the largest-ever paid out by UK police.

"I think it was fair to want [Proctor] to have this award marked but also allow him to move on with his life and live the rest of it without the stain on his character which had been so heavily put there by the police,” Stephens said.

The Metropolitan Police were heavily criticised over Operation Midland in an independent review of the case by former High Court Judge Richard Henriques – he reprimanded the force for believing Beech for too long, detective superintendent Kenny McDonald for stating publicly Beech's claims were "credible and true", and officers for applying for search warrants with flawed information and for failing to terminate the investigation sooner.

Carl Beech is doing 18 years and the Met (that's us) are paying £900k - but what about the Labour Party's Deputy Leader, who threw petrol on the flames of those lying injustices? When are they going to pay? pic.twitter.com/d7Og1c9szk

​Further condemnation may be impending, for Proctor has reported five former Metropolitan officers to Northumbria Police in a bid to facilitate another inquiry into the investigation – although the Independent Office for Police Conduct watchdog found no evidence of misconduct or criminality by officers involved in Operation Midland.