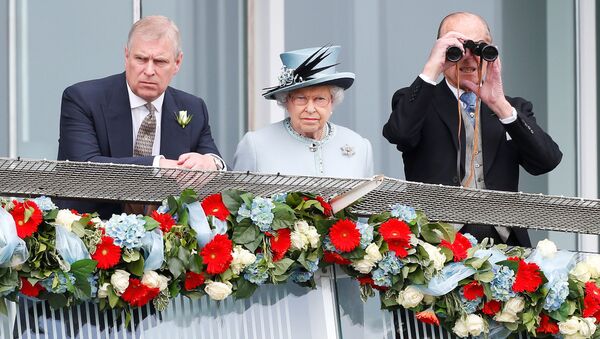 UK police have confirmed they are helping the US Federal Bureau of Investigation probe sex-trafficking allegations against Jeffrey Epstein and his international network of associates.

Scotland Yard hitherto neither confirmed nor denied it was involved in the investigation, despite one of the key allegations against the billionaire being he arranged for then-17-year-old Virginia Roberts to travel to London in 2001, where she had sex with Prince Andrew.

The Duke of York strenuously denies claims he partied with the teenager at London’s Tramp nightclub before returning to the home of Epstein's former girlfriend, Ghislaine Maxwell, in west London.

This is not good enough, he should be investigated by Metropolitan and FBI! If even my Neighbourhood Watch knows everything about my street, then how come all the secret services(MI6, MI5, Police etc) around the Palace didn't know that Savile and Epstein were paedophiles? pic.twitter.com/UrG5C0v1vy

​The Metropolitan Police received evidence of Roberts’ trafficking for sexual exploitation in July 2015 and discussions with US investigators took place - however, the investigation was shelved around 17 months later when officers decided the investigation into human trafficking was “largely focused on activities and relationships outside the UK”, and the the complaint would no longer be actively pursued.

Speaking to BBC Newsnight in November, Prince Andrew expressed a willingness to co-operate with the FBI if asked, but denied ever witnessing any wrongdoing by Epstein over the course of the friendship, during which he regularly stayed at the mysterious billionaire's home, and Epstein visited Windsor Castle and Sandringham.

During the now notorious interview, Andrew also strenuously denied he’d had sex with Roberts, but conceded he’d “let the side down” when he visited Epstein's home in New York – two years after the latter’s conviction for soliciting a minor for prostitution.

Charities connected to Andrew began to distance themselves from him in the immediate wake of the car crash Newsnight grilling – he pledged to withdraw from public duty, but initially wished to remain a figurehead for some 200 charities and other affiliations.

The real reason is that the police were ordered to protect the corrupt, perverted Establishment https://t.co/DI0N2tyOqQ

​However, over 20 organisations have either since jettisoned the Prince or accepted his resignation, including the English National Ballet, the Royal Philharmonic Orchestra and the Outward Bound Trust, while several sponsors have also stopped backing his Pitch@Palace initiative since the project was told to relocate outside of Buckingham Palace.

He also remains on secondment from the Ministry of Defence, and sources suggested to The Times he would retain his military posts. Nonetheless, the same article quoted nameless senior current and former personnel in the navy and army as saying Andrew had become a “source of derision” and the military “wouldn’t be rushing to invite him to anything”.

000000
Popular comments
Yeah, probe. Tickling one another. As if you schmucks didn't know. Work around a cover up, now but how to throw a prince under the bus. Hmm. You'll let it slide. He'll disappear, and Kim Kardahian's buttplant will help your complacently amnesiac selves. Popcorn toss festival is what it is at best.