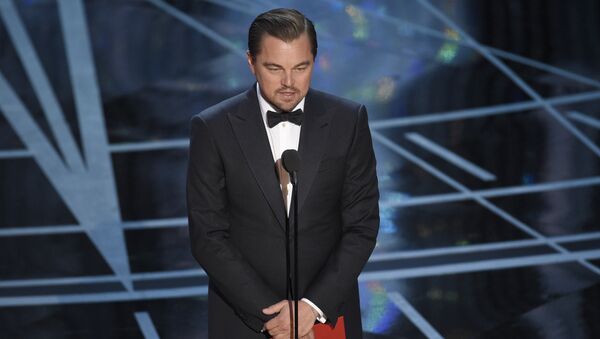 The Amazon rainforest in Brazil and neighbouring states has been facing a record number of fires for several weeks. Environmentalists have accused pro-business Bolsonaro of encouraging farmers, miners, and loggers to start fires in an effort to unlock the region’s natural resources.

Brazilian President Jair Bolsonaro has accused American actor, producer, and environmentalist Leonardo DiCaprio of making donations to non-profit organisations that, as he claimed, are behind some of the fires in the Amazon rainforest.

"DiCaprio is a cool guy, isn't he? Giving money to set the Amazon on fire", he said in an interview.

​However, the president did not provide any evidence to support the accusation against the famous actor.

Bolsonaro's comment has enraged netizens, who started to condemn the Brazilian president for making such an allegation.

"You must have a lot of courage to accuse a successful man, loved by the public, a philanthropist, and a smart environmentalist of setting fire to the Amazon without any evidence! Bolsonaro is an ungrateful man", one Twitter user said.

"​Wow, is the president for real? Web Divo Jair Bolsonaro raves once again and claims that Leonardo DiCaprio pays NGOs to burn down the Amazon forests", another Twitterian noted.

​"What, Bolsonaro? The only thing left is to blame Leonardo DiCaprio for Amazon fires", claimed yet another social media user.

​"When Leonardo DiCaprio wakes up and sees that Bolsonaro blames him for Amazon fires. God, what schizophrenia!" another user noted.

​The fires in the Amazon rainforest in Brazil and neighbouring countries gained international attention in August for their scale and destructiveness. World leaders and environmentalists have been calling on the Brazilian government to do more to stop the fires.

French President Emmanuel Macron suggested discussing the issue at the G7 summit in Biarritz. The Brazilian president responded by lashing out at his French counterpart, accusing him of having colonial ambitions in Brazil and demanded that Macron take back the "insults" before he would accept G7 help in fighting the blaze. The French president, in turn, accused Bolsonaro of failing to honour climate goals and threatened to block the long-awaited EU-Mercosur free trade deal.