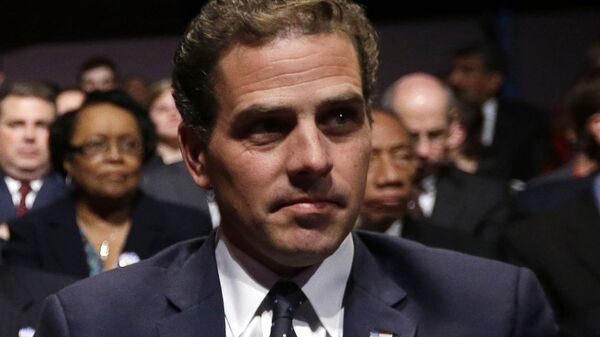 © AP Photo / Pablo Martinez Monsivais
Subscribe
International
India
Africa
The woman who filed a legal claim of having a child from Hunter Biden was a stripper at a Washington, DC, club he frequented around the time he was dating his brother’s widow, sources told The New York Post.

“He was well-known,” a source said of Biden, the son of former Vice President Joe Biden, the Democratic front-runner to challenge President Trump next year.

Several Mpire workers said they recognized Roberts, who last week filed court papers that say DNA testing proved that Biden was the father of the child she gave birth to in August 2018. Roberts worked at the club around the time she got pregnant — and when Hunter broke up with former sister-in-law Hallie Biden, the widow of his brother, the late Delaware Attorney General Beau Biden, sources said.

The Mpire Club is about three blocks north of another DC strip joint, Archibald’s Gentlemen’s Club, where The Post previously revealed that workers suspected Hunter, who has a history of alcoholism and addiction, of smoking crack in a VIP room in late 2018.

Mpire workers said they were unable to recognize a photo of Biden, although a bartender said she may have seen him there. An Mpire floor manager named Veronica declined to comment, saying angrily, “We don’t confirm or deny any information.”

Roberts filed her paternity suit against Hunter in May, less than two weeks after he married second wife Melissa Cohen following a whirlwind, six-day romance. Roberts’ recent court filing says he’s “not expected to challenge the results of the DNA test or the testing process.”