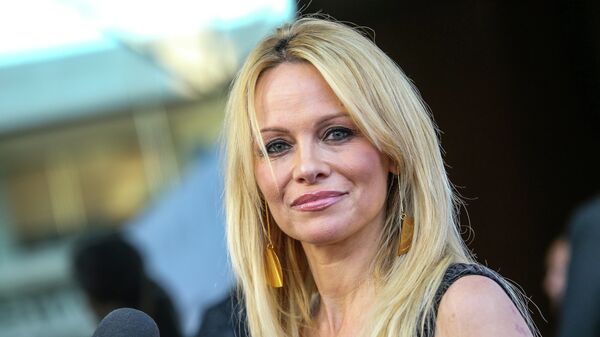 Svetlana Ekimenko
All materialsWrite to the author
With an extradition hearing in Julian Assange’s case set for February, medical experts have been raising the alarm that the WikiLeaks founder might not make it until the hearing, as the whistleblower’s longtime friend, actress Pamela Anderson arrived in Australia Monday to plead his case.

Pamela Anderson has claimed she was threatened by a prison chief at the maximum security prison where her friend, WikiLeaks whistleblower Julian Assange, is incarcerated, reports the Daily Mail.

It is believed the actress and activist intended to reveal the shocking incident during a speech before Australian lawmakers in Canberra this week, but cancelled due to a “scheduling conflict”.

In what is claimed to be a full transcript of the speech, seen by DailyMail.com, the Baywatch star said that towards the end of her meeting with Assange at Belmarsh high security prison in London in May the warden “stormed in”.

“The warden made it very clear to me, that if I were going to be a problem - he’d make problems for Julian. It was a direct threat,” the actress reportedly said.

It was unclear why the warden, or “prison governor” as he is known in the UK, might have thought the activist was going to cause trouble.

In the speech she had been set to give, Anderson says she was “scared and stressed” when she and WikiLeaks editor Kristinn Hrafnsson met Assange in prison for the first time, but to their relief the whistleblower was “clean shaven” and his eyes “bright”.

In her speech, the actress says:

According to the actress, “minutes before our time was up” the prison official stormed in.

The 52-year-old Anderson insists that every moment Assange is in prison “he is in danger”.

“I’m sure he is being punished for every bad word said about that prison. So I’m taking a big risk here. To let you know - it is a different set of rules there. There are no rules. That benefit him. Remember this,” warns the actress.

In response, a UK Prison Service spokesman is quoted by the outlet as saying:

“The Governor of HMP Belmarsh did not threaten Ms Anderson or Mr Assange.”

While it is not known which official Pamela Anderson was referring to, the current governor of Belmarsh - a Category A high-security prison in south-east London and deemed the toughest in Britain - is Rob Davis OBE.

The spokesman also said allegations made previously that Assange has been subjected to torture while in prison are also unfounded and wholly false.

Pamela Anderson arrived in Australia on 25 November to plead Julian Assange’s case, as she was due to speak before Australian lawmakers at an event in Canberra this week, but cancelled due to a “scheduling conflict”. A copy of her planned speech was later obtained by The Sydney Morning Herald.

Anderson, who visited Assange in prison in London this year, was to tell Parliament that the Australian-born whistleblower was subjected to “psychological torture” and was “looking to us for hope.” 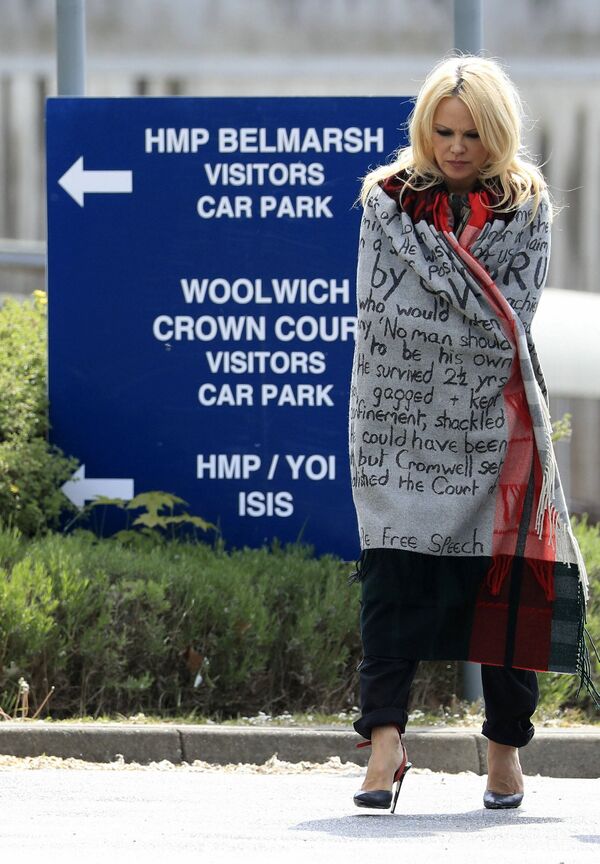 Anderson was seeking to urge Prime Minister Scott Morrison to solicit help for Assange from his counterparts in the UK and the US, similar to the intervention by predecessor Malcolm Turnbull on behalf of film director James Ricketson, jailed in Cambodia on espionage charges.

“Pick up the phone and call President Trump and call Prime Minister Johnson and tell them to do their part to save the people’s democratic right in the Western world and free Julian Assange,” her speech read.

The Australian Prime Minister responded to Anderson’s plea in a letter, a copy of which was published by The Australian. The PM said the government continued to “closely” monitor Assange’s case, reaffirming the pledge of consular assistance.

However, Morrison noted, “beyond providing consular assistance...Australia has no standing and is unable to intervene in Mr Assange’s legal proceedings.”

He added that whether Assange was acting lawfully will be established through “legal processes.”

Assange “could die in prison”

On 25 November over 60 doctors from Europe, the United States, Australia and Sri Lanka wrote in a letter to the UK home secretary Priti Patel that Assange’s health was deteriorating fast and he “could die in prison”.

They insisted his condition required independent assessment after his seven years’ ordeal at the embassy and half a year behind bars.

In October, a UK judge rejected Assange’s pleas to delay his extradition hearing, which is set for February next year, for three months to allow more time to investigate his case.

Julian Assange is currently serving a jail term in the UK for skipping bail in 2012, when he fled to the Ecuadorean embassy in London fearing extradition to Sweden and then to the United States.

Assange was granted asylum and lived on the property for nearly seven years until Ecuador’s new president, Lenin Moreno, in a bid to forge closer relations with the US and UK, revoked his asylum status. 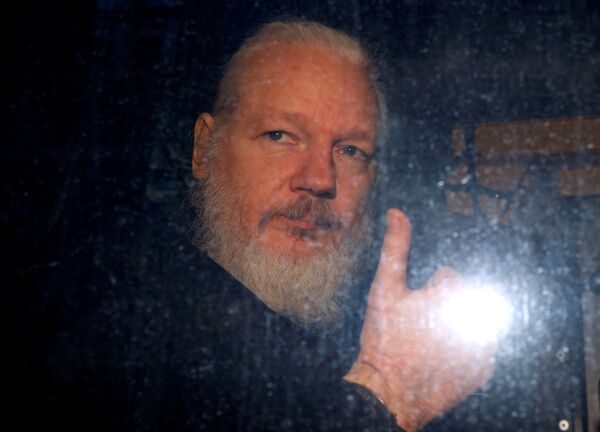 Assange was subsequently arrested by British police at the request of US authorities.

Swedish prosecutors wanted Assange on rape allegations, with the case in Sweden dropped in 2017, re-opened this May after his arrest in the embassy, and subsequently dropped again last week.

Assange is fighting extradition to the United States, where he is sought on multiple counts of espionage carrying a total of 175 years in prison, as his WikiLeaks project disclosed classified documents relating to the wars in Iraq and Afghanistan, which shed light on how the US military covered up the killings of civilians.

If extradited abroad and found guilty, Assange risks spending the rest of his life in prison.