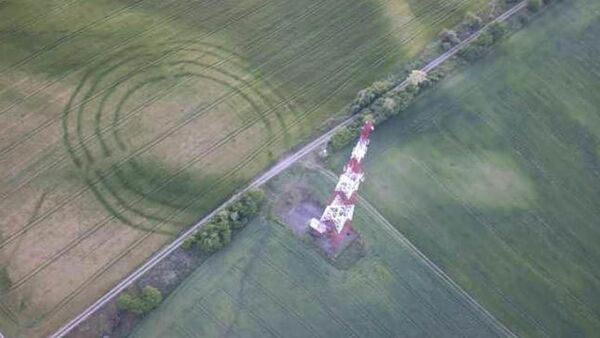 The exact role of the newly-found ancient structures remains unclear, with scientists suspecting them to be temples or possibly sites for astronomical observations.

A surprising discovery was made by archaeologists in Poland where a pair of millennia-old structures was uncovered in a field near the village of Lysomice, the Daily Express reports.

According to the newspaper, the 7,000-year old structures, which are even older than the Great Pyramid of Giza, somehow remained undetected for centuries until researchers spotted their outlines on Google Earth.

"Our discovery can be boldly dubbed sensational due to the fact the pans are located east of the Vistula river", said Mateusz Sosnowski, archaeologist from the University of Nicolas Copernicus. "These constructions are the most north-eastern of their type in Europe. We did not expect such a discovery in this region."

The two ringed structures are located about 5 kilometers apart from one another, measuring about 85 meters across and containing "three concentric ditches with a common centre", with scientists now pondering on their function.

"What is also interesting is that the entrances are most likely directly opposite one another on a northwest-southeast axis. We suppose they could also be linked to astronomical observations,” Sosnowski mused. "In order to confirm this concept we will need further analysis".

The researchers also suspect that that the structures were "planned and raised by a large group of people", and that they might’ve been temples or served some sort of ceremonial role.

As the newspaper points out, about 130 similar structures have been uncovered in Europe so far.