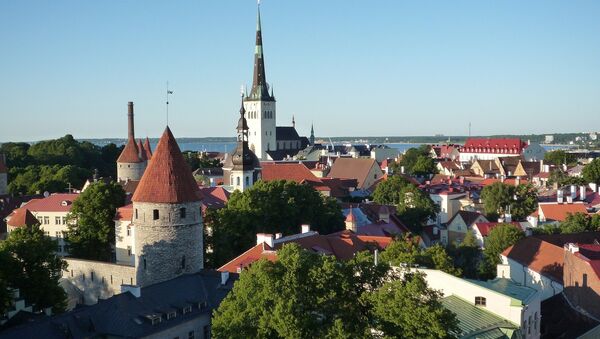 MOSCOW (Sputnik) - The owner of the office in Tallinn rented by Sputnik Estonia has cut off ties with the news agency under police pressure, a move in line with the local authorities' efforts to force the media out of the country, the agency's press service said on Thursday.

"In late October 2019, Estonian offices of international banking groups froze transactions with salaries paid by Rossiya Segodnya International Information Agency to Sputnik Estonia employees, as well as tax and office rental payments. Other banking institutions of Estonia that the agency contacted also refused to carry out these operations. This happened despite the fact that for almost four years of Sputnik's activity in Estonia, local banks did not raise questions about money transfers", the press release said.

According to the statement, banking institutions and contractors working with Sputnik Estonia came under pressure of the state bureau dealing with money laundering, which is a department of Estonian Police and Border Guard Board.

"The owner of the Sputnik office in Tallinn informed the editor-in-chief that the current rental agreement would be terminated unilaterally", the agency said.

Estonia is the only Baltic country to have a full-fledged editorial board and office of the Sputnik news agency and radio. The team consists of 35 people, including 33 Estonian citizens working under labor contracts with Rossiya Segodnya.

Russian media in Estonia and its two Baltic neighbors have been frequently targeted by authorities. The Russian Foreign Ministry has accused the EU member state trio of a coordinated crackdown and disregarding freedom of expression.