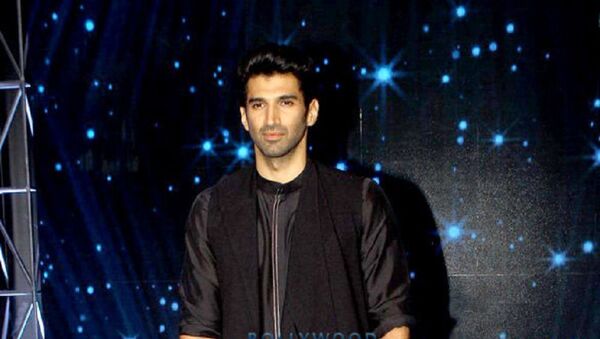 By bringing him on-board, the collaboration seeks to further showcase timepieces that take inspiration from military, denim and rock and roll, said Diesel.

The actor has already revealed that he's looking forward to the association.

“I’m really excited to associate with Diesel watches and look forward to accentuating the brand’s energy and fearless style that is aligned with mine,” the statement quoted Aditya as saying.

This is not the first time a Bollywood celebrity has been roped in to represent an international brand as Guess, Longines and many more have a long association with celebrities like Priyanka Chopra and Aishwarya Rai Bachchan.

Priyanka, now a well-known name globally, thanks to her Hollywood projects like “Quantico” and “Baywatch”, was signed on by American fashion brand Guess to become their global brand ambassador for next year. She was also the first Indian Guess girl.

Global star Aishwarya Rai has been the face of French cosmetics company L'Oreal and the Swiss watch brand Longines for several years now.

Another Bollywood celebrity Deepika Padukone was bagged by Swiss brand Tissot in 2007, right after she made an international impact with the release of her debut film “Om Shanti Om”.