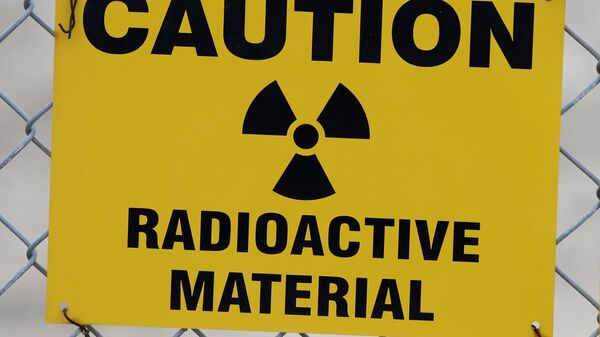 © AP Photo / Rick Bowmer
Subscribe
International
India
Africa
The Yucca Mountain Dump is an example of the US’ “environmental racism,” Ian Zabarte, Principal Man of the Western Bands of the Shoshone Indians and the secretary of the Native Community Action Council and Kevin Kamps, the Radioactive Waste Watchdog at the organization Beyond Nuclear, told Radio Sputnik’s Loud & Clear.

The Yucca Mountain Nuclear Waste Repository is a proposed nuclear waste dump- according to the Nuclear Waste Policy Act - to store thousands of tons of spent nuclear reactor fuel and other high-level radioactive waste in Nye County, Nevada. However, Yucca Mountain is part of the Western Shoshone’s treaty land.

For years, the Western Shoshone Nation, along with thousands of environmental advocacy organizations, have opposed Congress’ decision.

“The Western Shoshone have really been a leader for decades of the American anti-nuclear movement, trying to stop these crimes against the planet and against their own land,” Kamps told host Nicole Roussell.

According to Zabarte, his Native Community Action Council is working to represent the Shoshone people in the Nuclear Regulatory Commission licensing of Yucca Mountain.

“We achieved standing as a party in the licensing of the proposed high-level nuclear waste repository and to do that we used research we conducted in the early 1990s on the adverse health effects that my people were experiencing as a result of over 1,000 weapons of mass destruction tested in our country by the US in what is more commonly known as Nevada,” Zabarte told Sputnik.

“We used our experience to inform our communities on what protective behaviors we could take. Later we used those experiences as the basis for contentions in 2008 in the license application challenging the Department of Energy’s position that the overall effect of the process that they had created to characterize the repository would be beneficial to us,” Zabarte said, noting,

“Our primary contention is ownership,” Zabarte said, explaining that for the Western Shoshone, the Yucca Mountain is part of their identity - something the “US can’t legitimately extinguish,” he noted.

“The US came into Shoshone country in secret to do these tests of weapons of mass destruction and later they wanted to put this nuclear waste repository there but they never considered the fact that they did not own Shoshone property,” Zabarte explained.In fact, according to Kamps, the US Department of Energy has been aware that there were “serious scientific [seismic] problems” with using Yucca Mountain for nuclear waste since the act was first signed in 1982.

“From 1976 to 1996, more than 600 earthquakes measured over 2.5 on the Richter scale within 50 miles of Yucca Mountain,” the Evergreen State College writes on its website.

“So the reason that more than 1,000 environmental and environmental injustice groups have joined the Western Shoshone in fighting against this dump is because of a lot of reasons,” Zabare told Sputnik, namely because of “the Western Shoshone treaty rights and land claims to the scientific unsuitability of the site [and] that the Department of Energy knew” about the scientific unsuitability of the site “decades ago from the very beginning.”

“It is environmental racism. It’s the most toxic material ever produced by humans,” Zabarte said of the radioactive material Washington wants to deposit deep inside the mountain.

“What Congress is doing is what is called ‘legislative malpractice.’ They know the supreme oath of the land, they’re violating their oath of office,” Zabarte added.