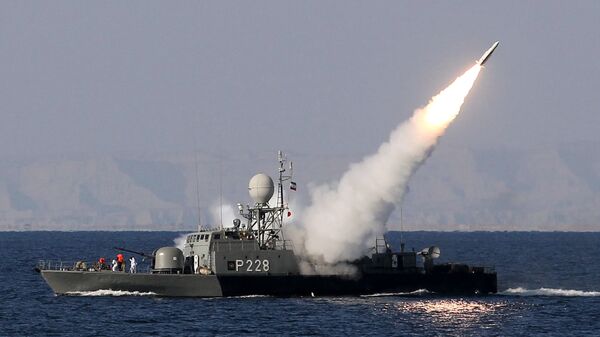 Iran has been building up its defence capabilities in light of a massive pressure campaign by the United States, which has ramped up its military presence in the Middle East markedly during the past year.

Iran’s Navy chief has announced that the country’s destroyers have been equipped with a vertical missile launching system.

Rear Admiral Hossein Khanzadi told reporters on Wednesday that the new shipborne system is supposed to shoot down cruise missiles.

The vertical launching system (VLS) is an advanced technology employed on ships to shoot down incoming aircraft and missiles. Each VLS consists of a number of cell modules that each can contain one or more missiles.

All systems of this type are divided into ‘hot’ and ‘cold’ ones. In the hot launch, the missile ignites within the cell and is set in motion by its own exhaust, while in ‘cold’ systems, pioneered by the Soviet Union, the missile is propelled by compressed gas and its engine ignites after clearing the silo. Iran’s Bavar-373 system is widely thought to use a hot-launch technique.

The United States has had sanctions in place on arms sales to Iran since the Islamic Revolution of 1979, while the EU and the UN both moved to cut Iran off the international arms market between 2007 and 2010 due to concerns over its nuclear programme.

The UN re-scheduled its arms embargo to be lifted in October 2020 following the adoption of the Iran nuclear deal, while the EU is supposed to lift its arms sanctions in October 2023.

Given the Western sanctions, for the past decade Russia and China have been the top exporters of arms to Iran, which has also been developing its own defence capabilities. In November 2018, the Iranian Navy announced that it would deploy three new destroyers in the coming months; in September this year, it confirmed that another three destroyers are being built. 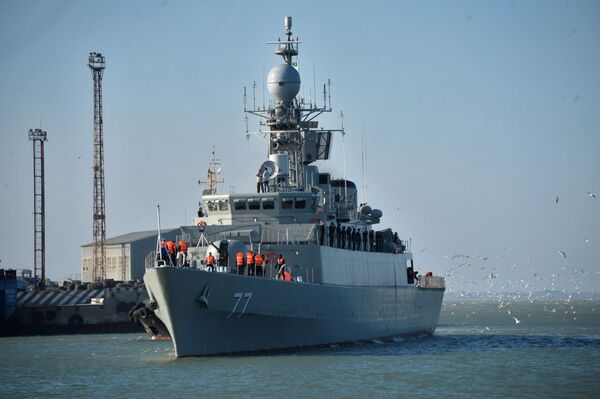 Iran has also developed its own class of midget submarines, Ghadir, specifically for the shallow waters of the Persian Gulf, as well as several other classes of subs including Nahang, Ghadir, and Fateh.

Khanzadi said the Navy plans to begin the construction of a heavy submarine dubbed ‘Be’sat’ but didn’t go into further detail.

Iran is set to take part in naval military exercise with Russia and China in the northern part of the Indian Ocean by the year-end.

The threat of a military conflict in the Gulf region loomed large this year due to growing antagonism between the United States and its Arab allies, on one side, and Iran on the other side.

Since May this year, according to US Defence Secretary Mark Esper, the Pentagon has sent 14,000 troops to the Middle East in addition to the already deployed ones. The latest wave of American weapons and personnel was deployed to Saudi Arabia following the 14 September drone attacks on Saudi oil facilities. Both Washington and Riyadh blamed the attacks on Tehran, despite the Houthi rebels claiming responsibility.