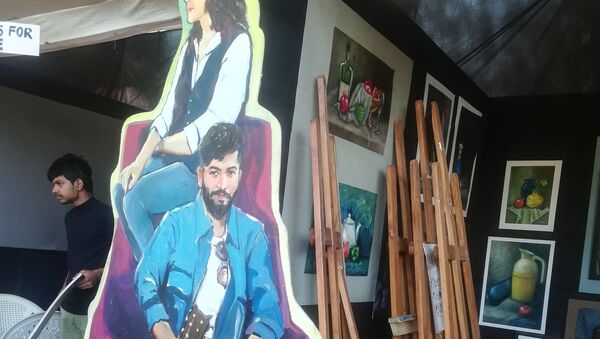 Panjim (Sputnik): At a time when movies like "Raazi" and "Piku" with strong and vibrant female protagonists are churning box-office numbers, ace Bollywood directors - Meghna Gulzar and Aditya Dhar have said that they are doing their bit to 'un-gender' the roles of cast and crew members in their movies.

Addressing different sessions on day five of the 50th International Film Festival of India (IFFI), which is happening in Panjim, the capital of India's "equivalent" of Las Vegas - Goa, the directors have spilled the beans on the position of ladies in Indian cinema.

According to Meghna Gulzar, the "gender lense" only comes into an important position if it is used for "aesthetically right reasons" - i.e. to have a male's point of view on a female-oriented film.

Aditya Dhar, a hotshot newbie in mainstream Bollywood directing who entered Indian cinema earlier this year with his directoral debut - "Uri - The Surgical Strike" - also highlight that now since movies like "Raazi", where actress Alia Bhatt plays a 19-year old Kashmiri-Indian spy in Pakistan, are doing well commercially, film producers are widening their horizons to invest confidently in content that focuses on the fairer sex.

Aditya noted that next year, the ladies of Bollywood are set to shine bright on the silver screen  with amazing performances in fresh scripts, starting with Meghna's movie, titled "Chhapaak".

How's the Josh? It's been high since @adityadharfilms (Director of URI) graced the #IFFI2019 Red Carpet.

With actress Deepika Padukone in the lead role, "Chhapaak" would bring to the audiences, an emotional, yet inspiring real-life story of an acid attack victim - Laxmi Agarwal.

She is courage. She is hope. She is @deepikapadukone as #malti in #chhapaak Shoot begins today. Releasing on 10th January, 2020. @vikrantmassey87 @foxstarhindi

Along with women-in-the-lead movies, Bollywood is also gearing up for 16 war films in 2020.

"After the success of 'URI - The Surgical Strike', the Additional Directorate General of Public Information (ADG PI) which handles the public relations (PR) of the Indian Army received 16 scripts for war-based movies," Aditya said.

Released in January 2019, "URI - The Surgical Strike" featuring one of Bollywood's newest character actors, Vicky Kaushal, in a dramatised account of the Indian retaliation to the 2016 Uri attack, allegedly initiated by Pakistan.

The movie won the 66th National Award honours for its background music and sound design, while winning Aditya and Vicky the award for best director and best actor respectively.

In India, movies with other new-age experimental actors like Vicky and Ayushmann Khurrana are doing exceptionally well, both critically and commercially.

Explaining the reason, Aditya said that for Bollywood biggies like Shah Rukh Khan and Aamir Khan whose big budget multi-starrer projects "Zero" and "Thugs Of Hindostan" failed miserably to impress the audiences, "stardom has become a baggage".

While ShahRukh played a vertically challenged character in "Zero", Aamir essayed the role of a small-time thug recruited back in the days by the British East India Company.

The director has advised the conventional superstars of Hindi film industry to focus on choosing better scripts.