For the Many BUT Not the Jew? 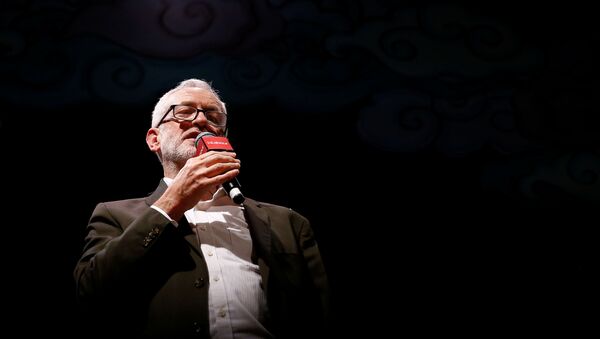 Jon Gaunt
All materials
Religion and politics should never mix. I never listen to what religious leaders have to say about politics and am sick to the back teeth of dog collared Archbishops preaching on the TV or radio. They should stick to their pulpits and concern themselves with their ever decreasing and dwindling number of parishioners.

When I want a sermon from the Archbishop of Canterbury I will ask BUT when the Chief Rabbi spoke today and in such harsh terms about Jeremy Corbyn I think we all have to sit up and listen.

His accusation that Corbyn is not fit for the highest office in the land is an unprecedented attack and is bang on the money. He has now been backed by the Archbishop Of Canterbury too.

The truth is that judging by his obvious evasion of an apology for the instances of anti-Semitic behaviour within the Labour Party, listed by Andrew Neil to his face on BBC One tonight, Corbyn has not taken the issue seriously and you have to ask why?

Labour peer, Lord Dub, defending Corbyn today said that the Chief Rabbi had gone too far and that Corbyn would be personally upset at the accusation.

I hope he is upset, but more importantly I hope he now does something.

Later, on Sky News Lord Dub said that perhaps the Labour party had been “a bit slow at dealing with anti-Semitism.” 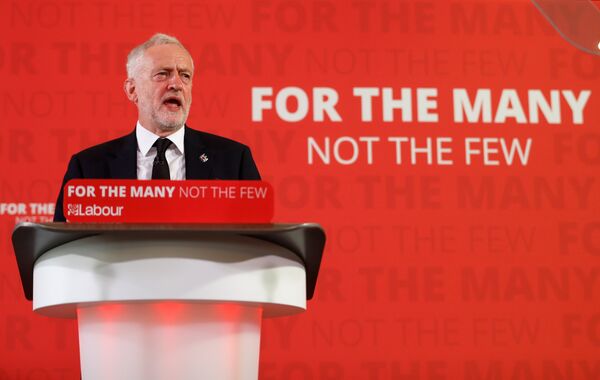 Jeremy Corbyn, the leader of Britain's opposition Labour party, makes a speech as his party restarts its election campaign after the cross party suspension that followed the Manchester Arena attack, in London, May 26, 2017.
© REUTERS / Peter Nicholls

First, we had the smearing of anyone who dared to raise their head over the parapet and then we had the report from Shami Chakrabarti that should have been sponsored by a paint shop as it was such a whitewash.

If I was surprised by Lord Dub trying to defend the indefensible, I was completely flabbergasted when Labour supplied Naz Shah MP as their next spokesperson on the subject.

She is Shadow Minister of State for Women and Equalities but is perhaps best-known for her anti-Semitic posts that even Corbyn said were “offensive and unacceptable.” She was suspended form the party for a couple of months for these comments but never thrown out.

You may remember this is the same ‘honourable member’ and ‘women’s champion’ who retweeted a tweet which said “Those abused girls in Rotherham and elsewhere just need to shut their mouths. For the good of diversity."

When foul Winnie Mandela died, you may also recall Shah paid tribute by tweeting an image incorporating Mandela's quote: "Together, hand in hand, with our matches and our necklaces we shall liberate this country." Of course, the necklaces they refer to are car tyres which were placed around opponents’ necks and set alight. I bet you can’t wait for Corbyn to win and this woman to be in charge of equality and women’s rights!

UK’s Corbyn Vows Labour Government Won't Tolerate Anti-Semitism in Response to Chief Rabbi Outburst
Anyhow, she came on Sky news and spewed out some mealy-mouthed words about equality and putting their house in order. Isn’t that Corbyn has meant to have been doing for the past four years?

She didn’t convince me and I doubt whether she even convinced herself. But she did convince me that there are plenty more of ilk within the fetid ranks of Labour.

You only have to take a peek at the foul cesspool of Twitter to see what many Labour activists and Momentum Morons really think as they started to attack the chief Rabbi as being in the pocket of Israel rather than address his serious allegations. A clear case of shooting the messenger.

It was also deliciously ironic that this row has blown up when Corbyn was about to start his attack on our history and our colonial past. The Momentum Marxist extremists may hate Jews but they sure as hell hate our country even more.

Corbyn was going to say, as he launched Labour’s race and faith manifesto, that children should be taught about colonialism and the role of the British Empire as part of the national curriculum.

He also wants to create an ‘emancipation educational trust’ “to ensure historical injustice, colonialism and the role of the British Empire is taught in the national curriculum”.

The trust would also address the legacy of slavery and teach about how it “interrupted a rich and powerful black history”. Really?!

In other words, another sack cloth and ashes, horse hair shirt exercise, where our kids are brainwashed into thinking everything about the Empire was wrong and that we should be ashamed of our history.

I’m all for kids being taught about history in the round and of course that must include the horror of slavery and colonial excesses, but you know and I know that is not what will be taught.

No, it will be another excuse to run our country down like the idiots who want to pull down the statues or Nelson’s column because he once spoke to a slaver. It will be the same form of teaching that tells kids that the Israeli Palestinian crisis is all the fault of the Israelis and forgets to mention that Israel is the only democracy in the region.

We’ve had an example of this type of thought police thinking only this week when Eamonn Holmes was given a rebuke by Ofcom and ITV for using the term, ‘uppity’, to describe Meghan Markle’s actions at Wimbledon.

One person, yes ONE person, complained saying that the term “uppity” is racist when applied to a black person.

Well, I looked the adjective up and just as I thought it means someone who thinks they are more important than they are and behaves in an arrogant way. In simple terms, someone who is a bit up themselves or acting above their station.

Well, forgive me, is this not what a lot of people think about Harry and Meghan at the moment with their stinking hypocrisy and lectures on global warming delivered from a private jet?!

Isn’t it a bit uppity to refuse to spend Christmas with the Queen?

A bit uppity to refuse to release pictures of your son to the public who effectively pay you and paid millions to refurbish your house? 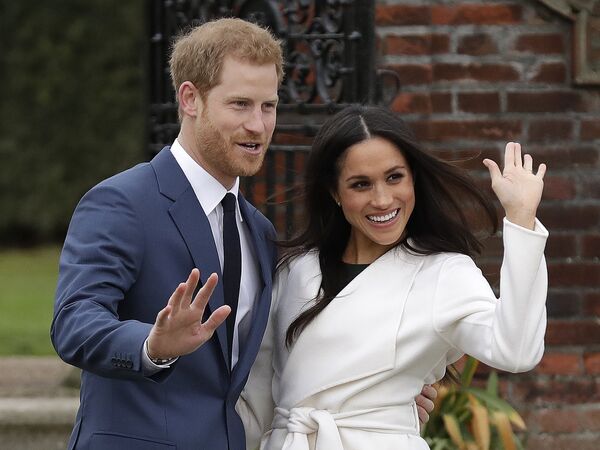 Britain's Prince Harry and his fiancee Meghan Markle pose for photographers during a photocall in the grounds of Kensington Palace in London, Monday Nov. 27, 2017
© AP Photo / Matt Dunham

Oh but of course silly me, I am forgetting, well, in fact, I never knew and doubt whether the majority of the population knew, including Eamonn, that the term ‘Uppity’ was used in 1952 to describe new black car workers in the States as uppity Niggers”.

Now of course in that context it is racist but according to the language Nazis who flooded on to Twitter the term must never be used or applied to any person of colour ever. This is complete and abject nonsense.

Our language is a living language and what matters is not the actual words but the intent surely?

But no, ITV have bent to these zealots or rather this one complainant and have banned the word for ever.

However, the one complainer is still not satisfied, she wants a full apology from Eamonn, do they make horse hair shirts in his size?

This is an Orwellian nightmare and will only get worse if Corbyn wins with his mantra of ‘For the many but not the Jew.’ Have I got that soundbite right?

Language will be controlled and there will be a chilling effect on free speech whilst real racism is ignored and even tolerated. Just like Orwell predicted, Labour want to rewrite history because remember, “who controls the past controls the future.”

It is not only Jews who have to fear the election of Corbyn. I agree with Chief Rabbi, Ephraim Mirvis that "the very soul of our nation is at stake."