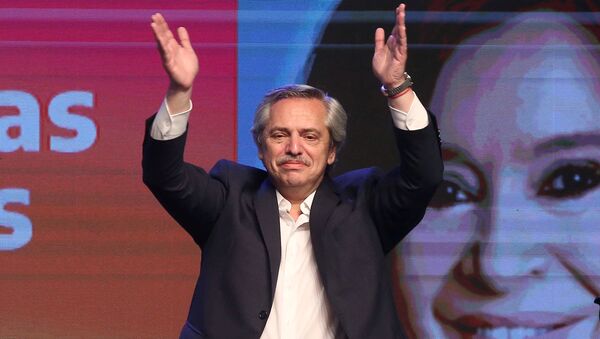 MEXICO CITY (Sputnik) - Argentine President-elect Alberto Fernandez said that he did not intend to use the $12 billion that remained as part of the aid package the International Monetary Fund (IMF) had extended the Latin American country last year.

The IMF approved a $50 billion standby loan to Argentina in late June 2018 and increased the size of the country's loan program to $56.3 billion in October of the same year. So far, the IMF has transferred $44 billion to Argentina.

"[The government] will sign a single agreement which will abolish the taking out of loans," Fernandez said in an interview with the Con Vos broadcaster.

Last week, Fernandez, who will assume office on December 10, stressed that although Argentina was going through "tough times," it was capable of coming up with a plan for solving problems and paying off its debt owed to the IMF and other lenders.

As Argentina is currently facing deepening economic crisis, with the national currency and the stock exchanges weakening dramatically, the government has announced launching negotiations with the IMF on reviewing the schedule of debt settlement.