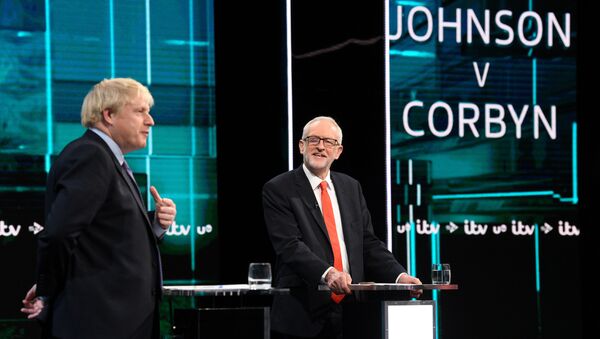 The UK’s Chief Rabbi Ephraim Mirvis has criticised Labour for failing to do enough to tackle anti-Semitism within its ranks. The comment comes after party leader Jeremy Corbyn announced the launch of a so-called race and faith manifesto, which he claims will combat prejudice and discrimination in British society.

Political commentator Keith Rowe reflects on whether the ongoing controversy damaged Labour’s reputation amongst the country’s Jewish community beyond repair.

Sputnik: Do you agree with Rabbi Ephraim Mirvis’ criticism of the Labour Party regarding their failure to tackle anti-Semitism?

Keith Rowe: He hasn’t criticised Corbyn for not doing enough; he’s actually said that the soul of our nation is at stake and that Corbyn has allowed anti-Semitism to become rife in the Labour Party, it’s a very dangerous situation.

The party that used to stand for equality, human rights and freedom for everybody, has now done a complete flip and is now a party that allows anti-Semitic and racist abuse, comments and actions throughout its whole organisation, it is a very dangerous situation. People think they are voting for the old style of Labour, but they are completely different now and it’s extremely frightening.

That being said; I wouldn’t say it’s every member of the Labour Party, but among the current leadership it’s not just Mr Corbyn, he is the focus of this being the leader, but he’s been helped by John McDonnell at his side for many years, and there are others there as well that hold similar views.

I would never say that the Labour Party couldn’t change back to a more moderate Labour that we used to have and have had in previous years, but it would take not just the removal of Mr Corbyn, but a sea change really in the whole group that is now running the party, but I think really they have taken it over and it’s very difficult to see how they could row back from where they are. 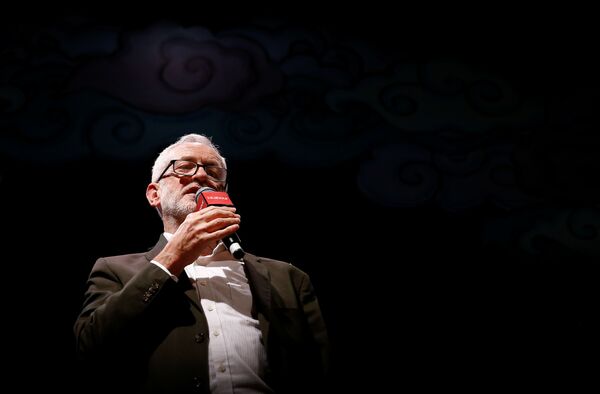 Keith Rowe: He’s certainly got a chance of winning because he is one of the two contenders for the office of Prime Minister, and that is an extremely frightening situation in itself, that a man such as that, who has befriended terrorists, calls Hamas and Hezbollah his friends, has entertained IRA terrorists at the House of Commons and laid a wreath for the terrorists who murdered the Munich athletes, that a man like that should be standing for the office of Prime Minister of Great Britain.

Unfortunately we are in that position where he does have a chance, and everybody who votes Labour; even if their local Labour candidate is a perfectly decent person, is voting in effect for Corbyn to become Prime Minister, and God forbid he were to get into that office, then the effect on society and certainly the effect on not just the Jewish community, but all religious communities, would be profound.

Some of the things that are hidden within their manifesto are extremely shocking; the economic policies are so out of the way, that the economy would be ruined, there is so much there to be frightened of.

Certainly the Jewish community would be terribly affected, I think we’d see a flight out of the country as quickly as possible from those who could move, and others would be in grave danger, and history tells us that when these things affect the Jews and when people pick on the Jews in this way, it never stops there and they move on to other groups in society.

This is an extremely dangerous situation, we mustn’t underestimate it, every vote for a Labour MP is a vote for Corbyn to get into office, and whoever you vote for; we must do everything we can,  if you vote for someone else, it will be a vote against Corbyn getting in to office.

Sputnik: What is your take on Labour’s Brexit policy?

Keith Rowe: The Labour Party don’t seem to really have a policy on Brexit, they seem to say that they will negotiate something even though they said that Boris Johnson couldn’t negotiate something and that when they’ve negotiated it, they will put it to a vote but they won’t tell you which way to vote, and whether the deal they’ve negotiated is any good or not, what sort of policy is that? There’s no leadership there at all.

I think what people want when they elect anybody to any position of leadership, is they want some direction, and what we’ve got is a completely directionless policy from Labour, which really wouldn’t get us out of this mess.

What we need to do is move on from the three years of arguments and division and get Brexit put behind us, so that we can actually get on and do trading across the world, and do all of the wonderful things that we should be doing in this country.