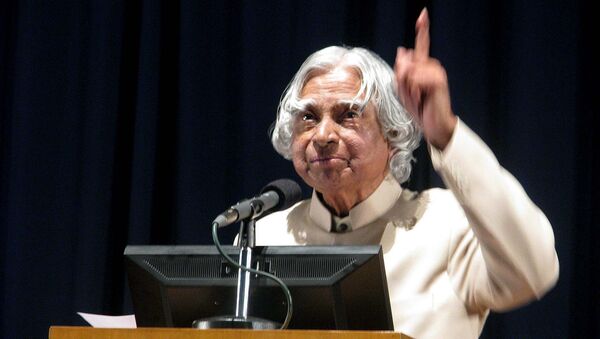 DRDO Chairman G. Satheesh Reddy, also known as "Junior Kalam", is the first Indian scientist to be awarded an honorary fellowship by the Royal Aeronautical Society of United Kingdom (RAeS) in the last 100 years.

Reddy, who has spearheaded and achieved a number of successful missions, was recently given the prestigious Missile System Award 2019 by the American Institute of Aeronautics and Astronautics for his leadership in the Indian missile programmes.

The 56-year-old Indian Aerospace Scientist has been recognised by the UK’s aerospace community for his contributions towards indigenous design, development and deployment of diversified missile systems, aerospace vehicles, guided weapons and avionics technologies.

Heartiest Congratulations to @DRDO_India Chairman Sh G. Satheesh Reddy has become the 1st Indian in 100 yrs to be awarded ‘Fellowship’ by Royal Aeronautical Society of UK. @AeroSociety ,founded 150 years ago, is world’s only professional body dedicated to the airspace community pic.twitter.com/6VOSZGCKo3

The Society also described him as the 'Next Generation Missile Man" due to his work on advanced technologies and his vision to develop indigenous technologies.

Leading the development and contributing towards India’s successful flight-testing of the Agni V missile, “his R&D contributions have made India self-reliant in Missiles and Avionics technologies,” the Royal Aeronautical Society said.