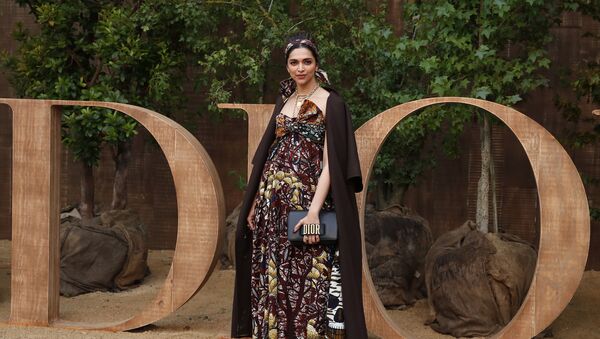 New Delhi (Sputnik): Bollywood stars Ranbir Kapoor and Alia Bhatt have been dating for quite some time now and many of their fans are waiting for them to share the news of their marriage. However, actress Deepika Padukone was the one who spilled the beans.

In an interview during the chat show “Film Companion”, actress Deepika Padukone accidentally confirmed that Alia and Ranbir are set to tie the nuptial knot soon.

All three of them, along with fellow A-list actors Ranveer Singh (Deepika’s husband), Vijay Deverakonda, Ayushmann Khurrana, and Manoj Bajpayee were present during the interview.

During the discussion, Vijay was asked about actors who he would like to take advice from in Indian cinema.

The actor replied saying, "Without shame, a lot of people at this table have been massive crushes. I've been in love with some of them like these two  (hinting at Deepika and Alia). But she (Deepika) got married."

To which, Deepika quipped, "She (Alia) is getting married."

Hearing this, Alia immediately replied saying, "Excuse me, why have you made this declaration?"

Following Alia's comment, Deepika, who previously dated Ranbir, realised she had said a little too much and as she went on to clarify that she made it up because she wanted Vijay's attention.

Alia and Ranbir will share screen space for the first time in “Brahmastra”, the first instalment of a fantasy trilogy that also stars Amitabh Bachchan, Mouni Roy, and Tollywood actor Nagarjuna. The film will release in May 2020.