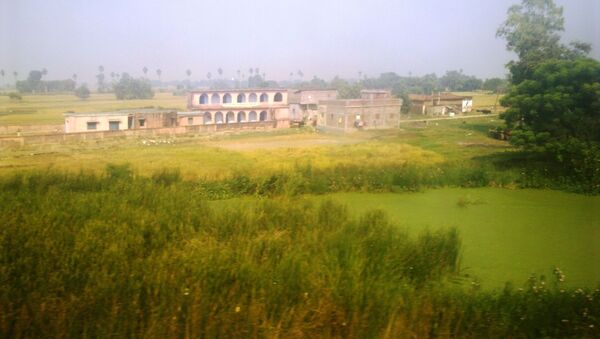 New Delhi (Spuntik): India’s eastern State of Jharkhand, ruled by the nationalist Bhartiya Janata Party (BJP), has a majority of its tribal population gearing up to witness the five-phase Assembly elections starting 30 November.

The chief of India’s nationalist Bharatiya Janata Party (BJP), Amit Shah, may have sounded the bugle in Jharkhand with an election campaign largely built around touting the party’s nationally-significant accomplishments, Article 370 and the Ayodhya verdict. However, the state, which is slated for a round of elections, faces various region-specific issues that may play a decisive role in directing voters.

“The State has never had a majority government. In 2014, when the BJP came to power, it gave hope that the issue of the regularisation of 65,000 para teachers would be resolved (but it wasn’t). We have been serving for 10-15 years now,” said Sanjay Dubey of Ekikrit Para Sikshak Sangharsh Morcha, an organisation which fights for the rights of para teachers.

The term Para Teachers refers to a category of teacher appointments made in deviation with the State government’s norms of recruitment – at lesser pay scale than that of a regular teacher; appointed to fill vacancies with limited resources and in the least time possible.

In 2018, para teachers launched a massive 65-day strike in Jharkhand, demanding fixed pay scales, the regularisation of their jobs, and higher pay.

“We carried out a large-scale protest in which nearly 300 members were jailed. The government promised to form a committee but nothing as has been done further,” the leader said.

Dubey added: “Whichever party promises us to get this demand fulfilled, we, a family of 65,000 people, will move towards that party.”

A senior political analyst, who did not wish to be named, said: “These teachers are the backbone of rural education. If they are unhappy about the government education policies, they can, of course, form a perception of government (and vote against it)."

Another issue is the government’s attempt to amend certain provisions of Chota Nagpur Tenancy Act, which forbids the transfer of tribal land to a non-tribal person in the state.

“Jharkhand is a welfare state which falls under the 5th schedule. The BJP introduced a bill in the Legislative Assembly, which was dropped as it failed to obtain the Governor’s nod. But the government’s move led to resentment among a large chunk of the tribal people, who resorted to the ‘Pathalgadi’ movement in Jharkhand’s khunti district,” said another political analyst on the condition of anonymity.

Many tribals in the state have declared the village’s local governing body as the only sovereign authority, “to sort of boycott of the law formulated by the Indian or the state government”.

“Without the green signal of the Gram Sabha (village governing body) no law can be passed in that region. So, they resorted to Pathalgadi,” said the analyst, who has knowledge of ground level issues in the state.

A Sedition Case has been registered against 15,000 people in Khunti district. These 15,000 people and their families are disgruntled, and may boycott the polls,” he added.

The issue of unemployment and corruption in lower bureaucracy is also rampant, the senior analyst claimed.

“After a slowdown in auto sector, a few existing industries in and around Jamshedpur (city) had to shut down. Local employment opportunities are on the decline,” he said.

The industrial city of Jamshedpur in Jharkhand is known for its affiliation to major industry players such as Tatas. Therefore, it’s a source of employment for many residents.

“Opposition parties in State are trying to create, particularly among young voters, a perception that all major employment opportunities are being grabbed by outsiders. They are trying to capitalise on it,” he said.

Lastly, the State is still “devoid” of basic facilities like a continuous electricity supply – a factor that may play against the head of the Indian State – Raghubar Das.

The results of the Jharkhand State elections to the 81-member Assembly will be declared on 23 December.