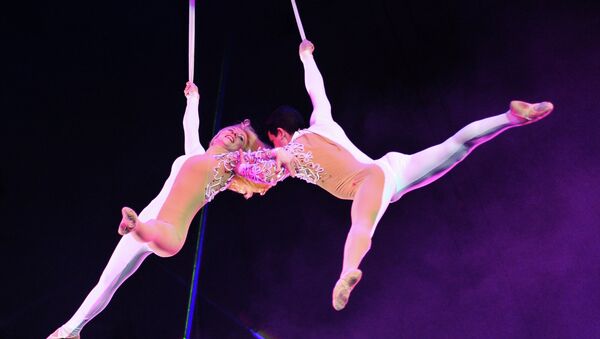 A circus acrobat has crashed 30 feet (9 metres) to the floor in front of families during the Winter Wonderland show in London's Hyde Park.

Jackie-Louise Armstrong seemed to have lost her grip during an aerial act at the show and fell. The circus staff quickly rushed to help the artist.

After ambulance arrived she was taken to hospital.

"It was horrific. I thought it was part of the act but when she didn’t get back up I knew something was wrong. A group of people ran on to help her and people were shouting for a paramedic," eyewitness said, as quoted by the KentOnline.

“She was yelping in agony, it was traumatic as she bounced as she hit the floor. There was an announcement after a min or two to all leave,” another eyewitness said.

According to the circus director Martin Burton she was a very experienced artist.

“At this stage we cannot comment further as we have no information on any injuries she may have sustained,” he said.

Soon after the accident, spectators were asked to leave and were offered tickets for the next performance.