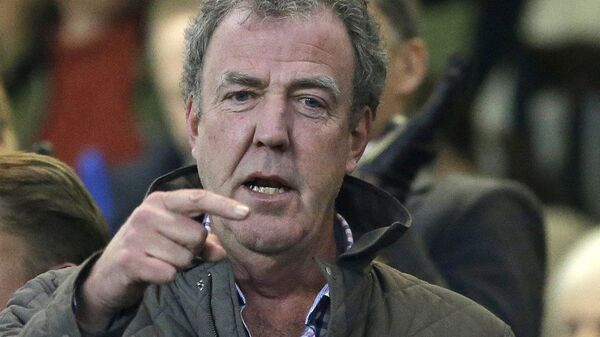 ​The former Top Gear host previously slammed the green movement as “eco-mentalists”, and in 2009 environmental campaigners dumped manure on the lawn of Clarkson’s £2 million Cotswolds home in response to his attitude to global warming.

Controversial British TV star Jeremy Clarkson has caused widespread shock after publicly accepting the existence of global warming, having been an ardent and voluble denier for many years.

The group’s jet boats slowed to a crawl and the trio were forced to wade through Tonle Sap lake in the usually deep Mekong river system, due to water shortages.

​Speaking to the Sunday Times, Clarkson said the “irony” wasn’t lost on him – “a man who hosted a car programme for 30 years, limited to seven miles per hour by global warming.”

He described “two days of absolute frustration” as the group needed to be towed along the river, which had been reduced to a “puddle”, and said he found the “graphic demonstration” of global warming “genuinely alarming”.

However, Clarkson’s transformation doesn’t seem total – he also attacked Greta Thurnberg, the 16-year-old Swedish climate campaigner who has garnered so much media attention.

“We don’t blame mankind for it. We’ll let Greta do that. Ooh, we’re all going to die. Right, tremendous. Now go back to school. I genuinely hope people people are working on what on earth to do about it,” he said.

Clarkson has attacked Thurnberg in his Sun newspaper column, calling her “spoilt brat”, following her speech at the United Nation’s climate action summit in September, in which she accused world leaders of stealing her “dreams and childhood” with “empty words”.

​Grand Tour, the series Clarkson started fronting for Amazon Prime after his acrimonious departure from the BBC’s Top Gear, returns to the streaming service 13th December.