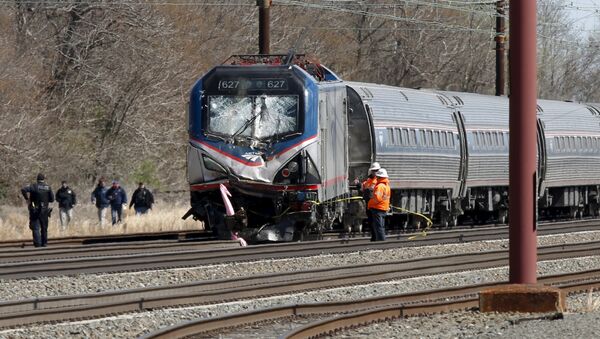 MOSCOW (Sputnik) - Three people are believed to have been killed as a result of a train crashing into a vehicle in the southern US state of Florida, CNN reported, citing local authorities.

According to Palm Beach County Sheriff spokeswoman Teri Barbera, as cited by CNN, the incident happened Saturday afternoon. The car proceeded to cross the tracks, rather than stopping, and the approaching train collided with it.

Investigators believe all three people in the vehicle have been killed, but they have not been able to access the car as it was heavily damaged in the accident.

According to train service provider Amtrak, no train passengers or crew were injured or killed by the collision. The train faced an almost 4-hour delay and continued on its path afterwards.