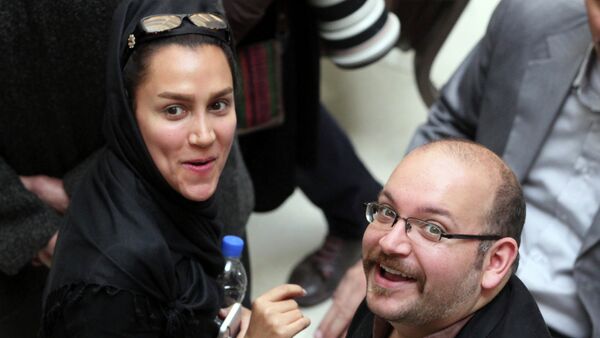 Jason Rezaian, 43, the chief of The Washington Post’s Tehran bureau, was detained for over 18 months in Iran. along with his wife, who was released after two months of detention.

Washington DC federal Judge Richard Leon has ordered the government of Iran to pay Washington Post journalist Jason Rezaian and his family "compensatory damages" in the amount of $180 million, according to The Washington Post.

“Holding a man hostage and torturing him to gain leverage in negotiations with the United States is outrageous, deserving of punishment, and surely in need of deterrence", the judge wrote in a 30-page ruling.

The federal judge distributed the amount between Rezaian and his family members as $23.8 million to the journalist in compensatory damages for pain, suffering, and economic losses; $2.7 million to his brother, Ali; $2.7 million to his mother, Mary; and $150 million for the whole family in punitive damages, according to WaPo.

Rezaian’s then-newlywed wife, fellow journalist and Iranian citizen Yeganeh Salehi, was not a plaintiff in the lawsuit against Iran, although she was detained together with her husband before being released after two months.

Rezaian, who served as The Washington Post’s Tehran bureau chief, was arrested on 22 July 2014 and was charged with espionage and three other security-related crimes, including “collaborating with hostile governments” and “propaganda against the establishment”. The administration of US President Barack Obama  urged Tehran many times to free the journalist, accusing Iran of violating international law.

In 2015, Rezaian was sentenced to several years in jail after being indicted on all four charges, including espionage and propaganda against the establishment.

Rezaian, along with three other Americans, was released in January 2016 under a prisoner-swap deal with the United States, in exchange for seven Iranian-US nationals serving jail time in the US.

Following the prisoner swap exchange, The Wall Street Journal alleged that the US had paid a ransom for the US nationals, allegations that were denied by the Obama administration.