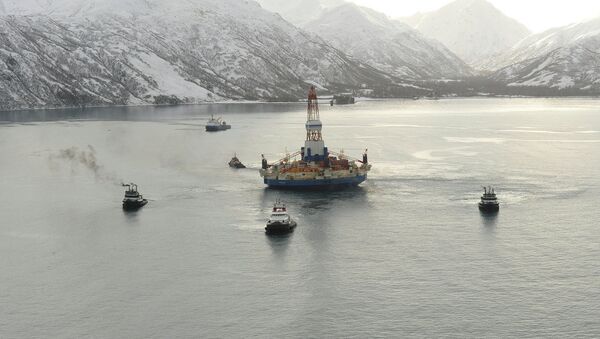 WASHINGTON (Sputnik) - The Trump administration is looking to allow oil companies to drill on more than 18 million acres of land within the US National Petroleum Reserve-Alaska (NPR-A), the Interior Department announced on Friday.

Oil companies would be allowed to construct pipelines to bring oil and gas resources from offshore or adjacent leases to the TransAlaska Pipeline System, the report said.

"Alternative D would make the most land available for leasing… 18.3 million acres, or 81 percent of NPR-A’s subsurface estate", the report said. "Peak production from NPR-A developments could reach a maximum of 500,000 barrels of oil per day sometime in approximately the next 20 years".

The development could require building 250 miles of roads and 250 miles of elevated pipeline, according to the report.

The report contains two other scenarios that would open up 11 million to 17 million acres for drilling in addition to one no-action alternative.

The Centre for Biological Diversity (CBD) in a statement said burning the recoverable oil in the area could unleash 1.1 billion tons of carbon dioxide pollution, equal to the annual emissions from 300 coal plants. The plan would also harm endangered species including polar bears and ice seals, the CBD warned.

The Centre and others groups filed a lawsuit last year challenging previous lease-sales in the reserve.

Alaska’s Arctic Reserve is the largest roadless area in the United States, the environmental group said.