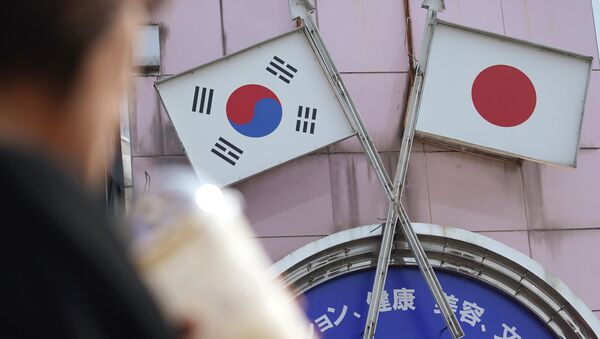 "Minister Kang Kyung-wha explained the South Korean government's rationale regarding the suspension of its exit from the GSOMIA. She also said that South Korea will try to settle the issues pertaining to its relations with Japan, such as export limitations, and asked the US to play a constructive role in that process", the ministry said in a statement.

The sides also agreed to continue their dialogue about the Korean Peninsula's denuclearisation and sharing the costs of the US military presence in South Korea.

On 22-23 November, the foreign minister visited Japan for a meeting with her counterparts from G20 countries and had a conversation with US Deputy Secretary of State John J. Sullivan. Her visit coincided with Seoul's decision to halt the termination of the General Security of Military Information Agreement (GSOMIA), a bilateral pact on sharing intelligence data. 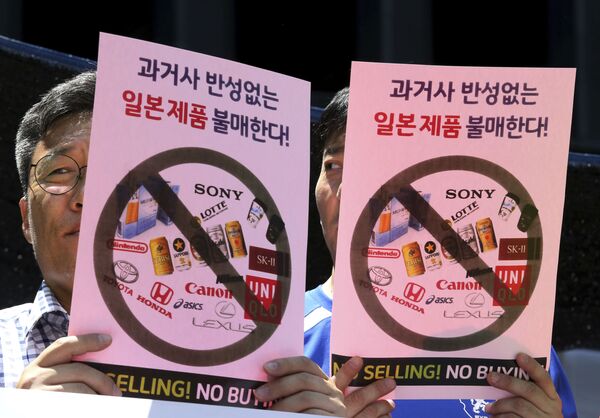 The decision caused an outcry in Japan, which claimed that the 1965 agreement between the two countries had resolved the issue of damages once and for all.

In July 2019, Tokyo canceled preferential treatment for the export of fluorinated polyimides, photoresist and hydrogen fluoride to South Korea, dealing a serious blow to the nation's high-tech industries, followed by the 2 August decision to stop treating Seoul as a trusted trade partner, adding stricter customs procedures for a total of 1,194 items exported to South Korea.

In response, the South Korean government announced the ending its participation in the GSOMIA.