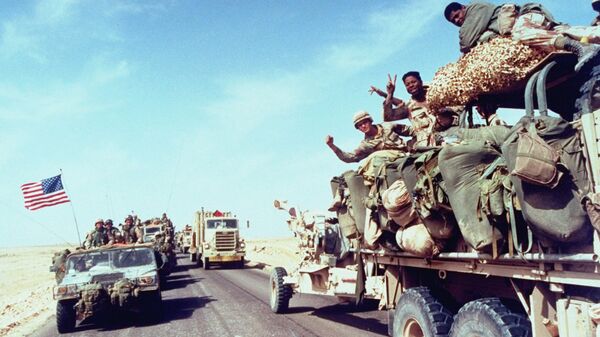 WASHINGTON (Sputnik) - Scientists have discovered the possible cause of the Gulf War illness, which affects up to one third of veterans from the first Gulf War of 1990-91, and an effective treatment using existing anti-viral drugs, the Veterans Administration said in a press release.

Chatterjee’s team had previously demonstrated that chemical exposure from the Gulf War alters the balance between the viruses and bacteria that naturally occur in the human GI tract, causing Gulf War Illness, the release said.

Symptoms that include gastrointestinal disturbances, chronic fatigue, widespread pain, chronic headaches, respiratory and sleep problems as well as neurological problems in memory and learning, had baffled scientists for decades.

The scientists then developed an effective treatment by using existing antiviral drugs to adjust the balance of gut microbes, a discovery that will lead clinicians to test the treatment at an accelerated pace without the need for the lengthy time needed to develop new drugs, the release said.

Nearly 30 years after the conflict, the Gulf War illness continues to affect 25-33 percent of the 700,000 US veterans who served, according to the release. In addition, soldiers deployed in subsequent wars have also reported similar immune system or neurological disorders.