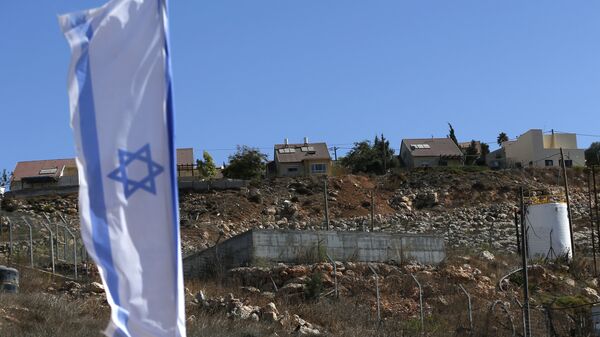 © AFP 2023 / Ahmad Gharabli
Subscribe
International
India
Africa
US Secretary of State Mike Pompeo's announcement that the United States no longer considers Israeli settlements to be a violation of international law, has been followed by condemnation from the international community.

Since 1978, the US position has been that the civilian settlements in the occupied territories in the West Bank are "inconsistent with international law", but according to the Trump administration that's not the case anymore.

"Calling the establishment of civilian settlements inconsistent with international law has not advanced the cause of peace", Pompeo said in Washington on Monday. "The hard truth is that there will never be a judicial resolution to the conflict, and arguments about who is right and who is wrong as a matter of international law will not bring peace".

The decision, of course, was welcomed in Israel. Israeli Prime Minister Benjamin Netanyahu called it "a historic day and another great achievement".

Efraim Inbar, president of the Jerusalem Institute for Strategy and Security (JISS) says that this issue has been under review for a while and the Trump administration was willing to accept Israeli arguments in favour of it:

"Israel has always advocated the positions that Jews have a right to settle anywhere in the land of Israel. And the Palestinian demand for the removal of settlements is unacceptable. It is racist. There is no reason to deny the presence of Jews in any part of the land of Israel. Israel has a 20 percent Arab minority. Why can't a future Palestinian entity have a Jewish minority in settlements?" the pundit stressed. 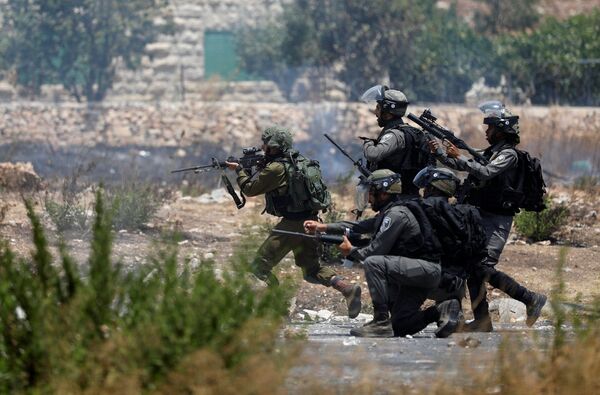 Israeli forces aim their weapons during clashes with Palestinian protesters near the Jewish settlement of Beit El, near the West Bank city of Ramallah July 24, 2017
© REUTERS / Mohamad Torokman

Some believe that the move could give Prime Minister Netanyahu a chance to retain his post. During the election campaign, Netanyahu promised that he would annex part of the West Bank if he secures an election victory, but neither Netanyahu nor his political rival have been able to form a government after two elections.

Former IDF Chief of Staff Benny Gantz, the leader of the Blue and White party, had until Wednesday to form a government but failed to do so. Israel is now in a 21-day period when any one of the 120 members of Knesset could become prime minister if they get support from the majority. If no one secures it then a third election will be held.

But complicating things for Netanyahu was Thursday's indictment for bribery, fraud, and breach of trust. That's seen as a big blow to the PM.

Pompeo, however, has denied the US policy change had anything to do with Israel's internal politics.

"The timing of this was not tied to anything that had to do with domestic politics anywhere, in Israel or otherwise", the secretary of state said while announcing the US policy reversal.

Efraim Inbar believes that this decision won't have any effect on Israel's domestic politics.

"Actually, the issue of the legality of settlements is not debated in Israel. Most Israelis do believe that we have a right to settle anywhere in the land of Israel. Some of them question the wisdom of doing it, but not the right of doing it".

But it could influence politics in the US:

"It may affect, however, American domestic politics, because one group that supports President Trump is, of course, the evangelical community that is in favour of this position", Inbar noted. 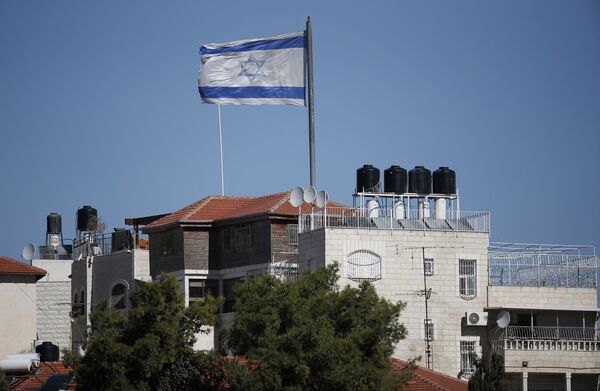 A giant Israeli flag flies over a settlement building situated in the middle of a Palestinian neighbourhood of Al-Tur in East Jerusalem, on November 11, 2014
© AFP 2023 / THOMAS COEX

UN Security Council members, including Russia, China, and some EU nations, criticised the US policy shift on Israeli settlements.

"All settlement activity is illegal under international law and it erodes the viability of the two-state solution and the prospects for lasting peace", British Ambassador to the UN Karen Pierce told reporters Wednesday on behalf of the EU's current Security Council members.

A spokesman for the UN High Commissioner for Human Rights, Rupert Colville, said that these settlements are in breach of international law.

"A change in the policy of one State does not modify existing international law, nor its interpretation by the International Court of Justice and the Security Council", the UN spokesman said.

We continue to follow the longstanding position of the @UN that the #IsraeliSettlements are in breach of international law.

The Trump administration is known for its policies in support of Israel, so the latest move is one of many. Under Trump, the US recognised Jerusalem as the capital of Israel and moved its embassy there in 2018. In March this year, Trump also signed an order recognising Israel's sovereignty over the Golan Heights, captured from Syria in 1967 and annexed in 1981.