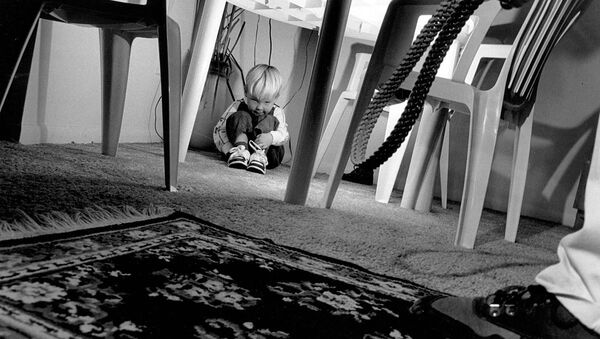 At the same time, so-called "deepfakes" are said to look deceptively real, but do not show real children. Thus, this might be helpful to gain access to those paedophile networks that are currently inaccessible to police intervention.

"The machine is taught by feeding it with pictures of real existing humans. From this data, it then creates artificially-generated bodies and faces. These pictures are very close to reality", Professor of Bioinformatics at the University of Mittweida Dirk Labudde said.

She noted that one must never forget that there are terrible acts of child abuse behind pornographic images of children.

“I want to give the investigators all the instruments permitted under the rule of law, so that the perpetrators, as well as those who support such deeds and run these portals, can be quickly identified and sentenced", she said, adding “We must do everything in our power to fight these terrible deeds".

No to Fighting Crime With Crime

The governing coalition, which includes the SPD and Christian Democrats CDU/CSU, has agreed to support an amendment to a draft bill tightening the so-called cybergrooming law against luring children for sex, which is being discussed in the Bundestag now. The draft bill was adopted at the first reading, so the modified version is expected to be voted on before Christmas.

"The criminal experts involved in hearings have convinced us that the tactical posting of images is essential to get into the criminal circles", SPD political spokesman Johannes Fechner told the outlet.

Political spokeswoman for the CDU Elisabeth Winkelmeier-Becker shared his stance, saying: "If we are serious about combating child abuse on the Internet, then the investigators must have the necessary technical and legal resources".

Notably, even the Alternative for Germany party, which is in the opposition, supports the legal changes, as its member Roman Reusch revealed, saying that it would be "indispensable in order to be able to make progress in this field of crime".

However, the method has raised concern within the FDP, whose deputy leader of its parliamentary group Stephan Thomae noted that the goal should be to “clean the Internet of child pornography materials, and not to enrich it with computer-generated materials, even if it is purely fictional representations".

US, South Korean Authorities Say They Broke Up Large Market for Child Pornography
The Greens, however, have lambasted the idea. One of their members, Canan Bayram, expressed fears that using computer-generated abuse material for covert investigations increases the threshold for entry into illegal forums. According to her, this could lead to an escalation spiral, as more and more drastic representations would be demanded in the "chastity tests" as paedophiles try to keep police out.
000000
Popular comments
And since they are so smart, they announce it beforehand. So now, anyone found in possession of child porn, will defend himself saying he believed it to be police made deepfake.
nomen
22 November 2019, 19:48 GMT
000000
Newsfeed
0
New firstOld first
loader
LIVE
Заголовок открываемого материала
Access to the chat has been blocked for violating the rules . You will be able to participate again through:∞. If you do not agree with the blocking, please use the feedback form
The discussion is closed. You can participate in the discussion within 24 hours after the publication of the article.
To participate in the discussion
log in or register
loader
Chats
Заголовок открываемого материала
Worldwide
InternationalEnglishEnglishMundoEspañolSpanish
Europe
DeutschlandDeutschGermanFranceFrançaisFrenchΕλλάδαΕλληνικάGreekItaliaItalianoItalianČeská republikaČeštinaCzechPolskaPolskiPolishСрбиjаСрпскиSerbianLatvijaLatviešuLatvianLietuvaLietuviųLithuanianMoldovaMoldoveneascăMoldavianБеларусьБеларускiBelarusian
Transcaucasia
ԱրմենիաՀայերենArmenianАҧсныАҧсышәалаAbkhazХуссар ИрыстонИронауОssetianსაქართველოქართულიGeorgianAzərbaycanАzərbaycancaAzerbaijani
Middle East
Sputnik عربيArabicArabicTürkiyeTürkçeTurkishSputnik ایرانPersianPersianSputnik افغانستانDariDari
Central Asia
ҚазақстанҚазақ тіліKazakhКыргызстанКыргызчаKyrgyzOʻzbekistonЎзбекчаUzbekТоҷикистонТоҷикӣTajik
East & Southeast Asia
Việt NamTiếng ViệtVietnamese日本日本語Japanese俄罗斯卫星通讯社中文（简体）Chinese (simplified)俄罗斯卫星通讯社中文（繁体）Chinese (traditional)
South America
BrasilPortuguêsPortuguese
NewsfeedBreaking
YesterdayVideos: 6.0 Earthquake Strikes Southeastern Australia
YesterdayPro-Reunification Candidate Chang Ya-chung Edges Ahead as Chairman Election in Taiwan’s KMT Nears
YesterdayTexas Governor Vows to Prevent Del Rio Migrant Surge Disaster From Being Replicated
YesterdayUber’s Business Model Faces Threat After Legal Setback Across Europe
YesterdayUS Lawsuit Challenges Alliance of 2 Airlines for Stifling Competition
YesterdayTaliban Say No Al-Qaeda Members Present in Afghanistan
YesterdayJoe Biden Faces Backlash Over Inept UN Speech
YesterdayUS Democrats Strike Down $1Bln in Israel Defense Aid to Keep US Govt Running, Reports Say
YesterdayPope Jokes ‘Some People Wanted Him Dead’ While He Was Undergoing Surgery, Reports Say
YesterdayNo American Dream for Haitians
YesterdayBoris Johnson Contradicts Joe Biden With Claim of Intelligence That Taliban Could Take Kabul
YesterdayPelosi Accuses GOP of ‘Trying to Force First-Ever US Default’ by Opposing Limit Suspension Bill
YesterdayFamily Lawyer Confirms Human Remains Found in Wyoming Belong to Gabby Petito
YesterdayFrench President Macron's Health Pass QR-Code Leaked to Internet - Reports
YesterdayThe US Space Force’s Oldest Adversary, Social Media, Roasts Their New Uniforms
YesterdayTraffic on Motorway in German Bavaria Halted Due to Armed Hostage-Taking Situation - Reports
YesterdayJoe Biden, DHS Chief Upset by 'Horrible' Videos of Border Patrol Dealing With Haitian Migrants
YesterdayBiden Believes Footage From US-Mexico Border ‘Horrific’ and Supports Probe
YesterdaySoldiers Killed in Galwan Valley Clash With India Now Part of Patriotism Lessons for Kids in China
Yesterday‘An Unpredictable Ally’: Does the AUKUS Pact Undermine the Quad's Significance?