'Bring Back Dhoni': Twitter Rages Against Cricket Body for Not Including Famed Athlete in Team India 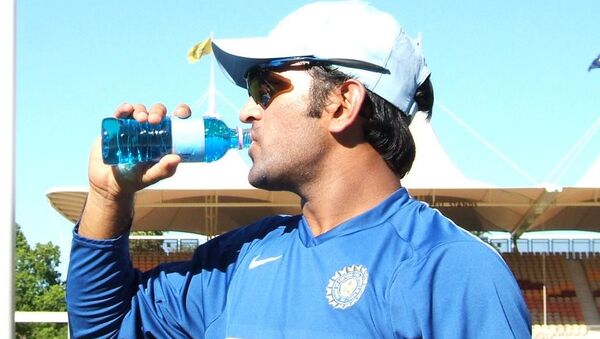 New Delhi (Sputnik): Since the announcement of the team for the upcoming series against the West Indies, cricket fans have slammed the Board of Control for Cricket in India (BCCI), the national governing body for cricket in India, for not selecting Mahendra Singh Dhoni.

Former Indian World Cup winning captain Mahendra Singh Dhoni has not been included in Team India for the forthcoming series against the West Indies, making cricket lovers across the globe take to social media to denounce the squad's lineup.

Even though former Indian skipper M. S. Dhoni was not in the running to get a call-up for the forthcoming West Indies home series, fans were quick to highlight the wicketkeeper conundrum Team India is currently facing in the shorter formats.

• I'm really lucky to play under the leadership of MSD. -MICHAEL HUSSEY

• I'm learning the ropes of captaincy from MSDhoni. -Bravo

• MSD is the cleverest captain I have even seen. -Kevin Pietersen#BringBackDhoni

Actually this one I can actually tell mr kids. Saw the best wicket keeper of the era #BringBackDhoni https://t.co/fnNvPuzVza

In India, where cricket is loved by millions of fans, no stone was left unturned on the selection of the under-fire Rishabh Pant, who has been getting endless chances, and illogical snubbing of Sanju Samson, who made it to the Indian squad after four years in the recently concluded Bangladesh T20I series. However, he failed to receive a single start in the Bangladesh series.

Hard on Sanju Samson but I guess he is much better off playing games rather than just travelling around. Big vote of confidence in Rishabh Pant but the team will expect more from him.

Is this selection committee or rejection committee? Based on performance and recent form @IamSanjuSamson should have been included. Is it that @BCCI is biased against South Indian players?
Pant has been performing very poorly and immaturely, this is bias from bcci#SanjuSamson

Virat Kohli, the Indian captain and Co. are scheduled to play three T20Is and as many ODIs against the West Indies which will begin with the series-opener in Mumbai on 6 December.