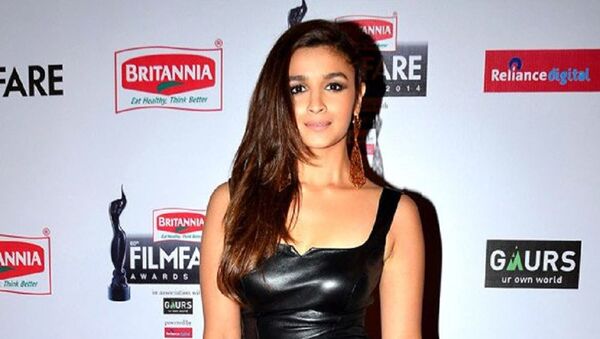 New Delhi (Sputnik): As the details of southern superstar Akkineni Nagarjuna’s role in the film are out, fans of actor Ranbir Kapoor and actress Alia Bhatt have expressed their curiosity for the movie, a fantasy adventure trilogy that will also star A-lister Amitabh Bachchan, along with a cameo of Badshah of Bollywood Shah Rukh Khan.

Bollywood actor Ranbir Kapoor and Alia Bhatt starrer “Brahmastra” has garnered the attention of film buffs on social media, with many of them saying that they are eagerly looking forward to the film's release.

Even though the details remain unknown, Ranbir previously described the movie, directed by Ayan Mukerji, as a “supernatural romantic fairytale at heart” and said that he was "terribly excited about" it. The film will also feature Akkineni Nagarjuna, who will return to Bollywood after 15 years and supposedly playing an archaeologist.

Some netizens went as far as to say that the film will be a game-changer for Indian cinema and many are enthusiastic to learn that the movie will be a trilogy.

Really looking forward to #Brahmastra next year. In the era of remakes, biopics and historicals Brahmastra is looking like an original story out of bollywood. I really hope it does well. It doing well will encourage more original stories.

In the era of remakes and historicals #RanbirKapoor is doing something new ... Can't wait.#Brahmastra is trading in no 1..
🔥🔥🔥🔥🔥

When Makers don't give anything... The fans make their own trends😃👏 #Brahmastra

SRK, Nagarjuna, Ranbir, Alia, Amitabh Bachchan, Mouni with a concept as beautiful as this. #Brahmastra has all the potential to be a game changer. Something on lines with Marvel's series The defenders or so. Can't wait

Just a single rumored news about #Brahmastra and it is trending in india at no 1...
Wow...Hell excited for this movie @karanjohar