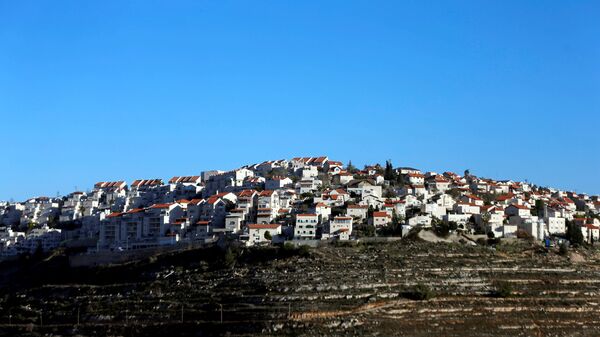 On Monday, the Trump administration reversed four decades of US foreign policy on Israeli settlements, effectively backing their construction in the occupied West Bank and East Jerusalem.

In an interview with Sputnik, Turkish MP from the governing Justice and Development Party (AKP) and head of the Parliament's Turkish-Palestinian parliamentary friendship group, Hasan Turan, has commented on Secretary of State Mike Pompeo’s statement that the US no longer considers Israeli settlements in the West Bank and East Jerusalem a violation of international law.

According to Turan, the US legal assessment reagarding illegal settlements in Israeli-occupied Palestinian territories is an abuse of international law:

“Those who recognise Israel's right to violate international law are the main accomplices of these illegal acts and crimes committed by it. I strongly condemn these statements (by Secretary of State Mike Pompeo – ed. note Sputnik.) and the US position”, he said.

The Turkish MP stressed that Washington’s position is completely unacceptable, and has effectively declared that Israel’s actions, just America's actions in Vietnam, Afghanistan, Iraq, are legitimate. In his opinion, the legitimisation of the Israeli occupation leads the region and the world into chaos.

The politician said such a policy instigates Israel to commit crimes against the Palestinians, urging the international community to show solidarity and oppose it:

“Those forces that are trying to take lands from the Palestinians with such tricks call for a determined and unequivocal response. I urge the United Nations and all structures that claim to fight for the rights and freedoms in the world to take active measures on this issue”, Turan concluded.

Washington’s move now puts the US at odds with the UN and the EU, which both view Israeli settlements as illegal. It also reverses an Obama-era policy regarding the settlements. The previous administration abstained from vetoing a UN resolution calling for a halt to the construction of Jewish settlements in 2016.