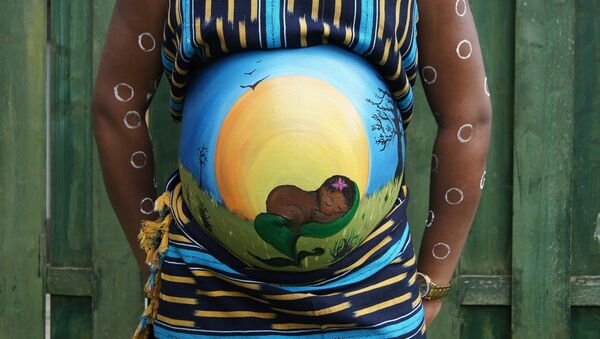 CC0 / /
Subscribe
International
India
Africa
New Delhi (Sputnik): Seeking a complete ban on commercial surrogacy, the Indian government introduced a Surrogacy (Regulation) Bill in Parliament on Tuesday. The bill allows only 'altruistic surrogacy' – which does not involve monetary compensation to the mother.

The Indian government, after listening to members in the Upper House of the parliament for three days, has referred the Surrogacy (Regulation) Bill 2019 to the Select Committee of the Rajya Sabha.

Union Health Minister Harsh Vardhan moved a resolution in the Upper House to refer the bill to the select committee. Members of the House had sought amendments to certain provisions of the bill on Wednesday.

During discussions, opposition party Congress leader Jairam Ramesh called the bill “very complicated” and said “infertility is on rise in India and it leads to segregation of couples in society”.

“When I was in Standing Committee, I was pleasantly surprised to see the demographic figures for infertility in the country. It is a serious problem in India,” he said.

Agreeing that surrogacy must be regulated, he said the form of regulation is debatable. “We need to see what types of regulation we are bringing in as far as surrogacy is concerned.”

Stating the importance of a recommendation previously made by the standing committee, recommendations he claimed were ignored, he said the Surrogacy Bill should be introduced after the Assisted Reproductive Technology Bill.

He also raised an objection to a provision that says only a close relative can be a surrogate.

“This flies in the face of the realities of Indian families. This will effectively end the practice of surrogacy."

The Indian government claims that the bill was introduced to mitigate “unethical practices”, the exploitation of surrogates, the abandonment of children born out of surrogacy, and criminal groups that import human embryos and gametes.

The proposed law has received the support of the Lower House and was passed with a convincing majority in July.