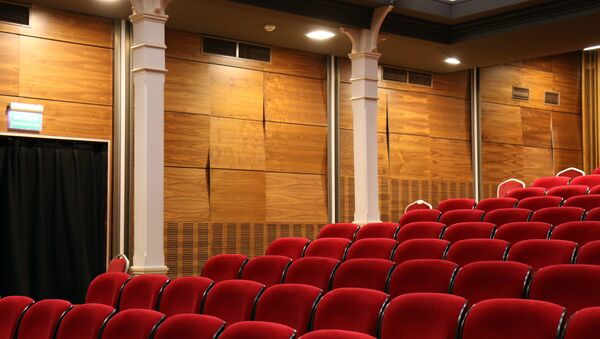 New Delhi (Sputnik): The 50th edition of the International Film Festival of India (IFFI) has started in the tiny state of Goa and this year the “Country of Focus” is Russia.

Asia’s equivalent to the popular Cannes Film Festival, IFFI aims at facilitating a common stage for artists from around the world to showcase the flavours of cinema from their regions.

The Golden Jubilee edition of IFFI will feature eight extraordinary films by Russian directors that have been included in the 2019 line up.

Two of the most talked-about movies from Russia are “Abigail” by 30-year old Aleksandr Boguslavsky and “Andrei Tarkovsky: A Cinema Prayer” – a masterpiece documentary by Tarkovsky himself, who died back in 1986.

While “Abigail” revolves around a girl named Abigail who thinks she lost her father to an epidemic only to find out later that no epidemic actually even occurred, “Andrei Tarkovsky: A Cinema Prayer” recounts Tarkovsky’s life and work as he shares his memories, views and reflections on art, destiny of an artist and the meaning of human existence.

The eight-day film festival will also be attended by Bollywood actors and directors including Anil Kapoor and Imtiyaz Ali among others.

Who would like to see Anil Kapoor do his signature move on @iffigoa red carpet again? The iconic actor will be back here at #iffi2019 for his session titled the “Director’s Actor”

One gave us movies like Jab We Met, Tamasha and Rockstar, and the other, Love Story, Betaab, Arjun, and Dacait. Catch two contemporary filmmakers, Rahul Rawail and @imtiazaliofficial indulge in a conversation titled "The contemporary filmmakers of different generations" at #IFFI 2019 #IFFI50 📆 25th November 2019 🕟 4:30-6pm 🏠 Maquinez palace 1

Cinematographer John Bailey, ex-President of the Academy of Motion Pictures, Arts and Sciences is heading the jury for IFFI 2019. Cannes jury member and French filmmaker Robin Campillo, Chinese filmmaker Zhang Yang, and Indian director Ramesh Sippy will be part of the international jury for the film festival this year.

IFFI began in 1952 with the patronage of India’s first Prime Minister Jawaharlal Nehru.