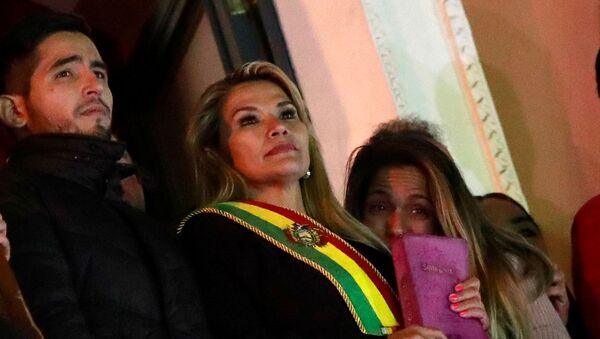 Over the first week of her tenure Jeanine Anez, the self-proclaimed interim president of Bolivia, has managed to nullify many of the achievements made by the government of ousted Bolivian President Evo Morales during the 13 years of his presidency.

One of the first decisions taken by the so-called Bolivian interim government that took the reins of power after the ouster of former President Evo Morales on 10 November was to recognise Juan Guaido, Venezuela's self-declared interim president and suggest he appoint a new ambassador to Bolivia.

In her next move, the self-proclaimed president of Bolivia severed diplomatic relations with the legitimate Venezuelan government of Nicolas Maduro on Friday. Caracas had earlier stated that it categorically condemns the coup d'etat in Bolivia. For his part, Karen Longaric, the de facto foreign minister of Bolivia, accused the Venezuelan diplomatic mission in the country of "interfering in the internal affairs of the state" and ordered the expulsion of officials from the nation.

Still, that was only the beginning as the de facto interim government went further, uprooting the established policies of the previous cabinet.

On 15 November, Longaric announced Bolivia's withdrawal from the Bolivarian Alliance for the Peoples of Our America – People's Trade Treaty (ALBA-TCP), a bloc founded in 2005 by Venezuela and Cuba, which was joined by the Morales government in 2006.

ALBA was formed as a Bolivarian alternative to the FTAA (Free Trade Area of the Americas), a US-driven agreement that did not gain acceptance among many Latin American countries.

Karen Longaric also stated that Bolivia would leave the Union of South American Nations (UNASUR), an intergovernmental regional organisation of Latin American states founded in 2004 that once comprised twelve South American countries. By 2018, Argentina, Brazil, Chile, Colombia, Paraguay, and Peru had suspended their membership in the organisation. 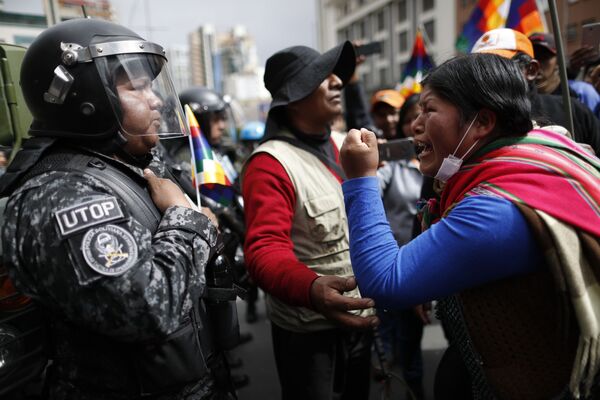 Catholicism Makes a Return to Bolivia

A 2009 constitutional reform stripped the Catholic Church of its special status as the Bolivian state religion proclaiming "the freedom of religion and spiritual beliefs, in accordance to every individual's cosmovisions" and making the state "independent from religion".

However, on the day of her self-proclamation as the interim head of the state Anez publicly spoke with the Catholic Bible in her hands claiming that "He [God] allowed the Bible to return to the government palace".

Earlier, one of the coup's leaders, the head of the Santa Cruz paramilitary organisation Luis Fernando Camacho, entered the government palace after Morales' resignation together with a priest and placed a Bible on the Bolivian flag. For his part, the priest proclaimed that "Bolivia belongs to God" and that the Pachamama, a goddess revered by the indigenous people in the country, would never return to it. 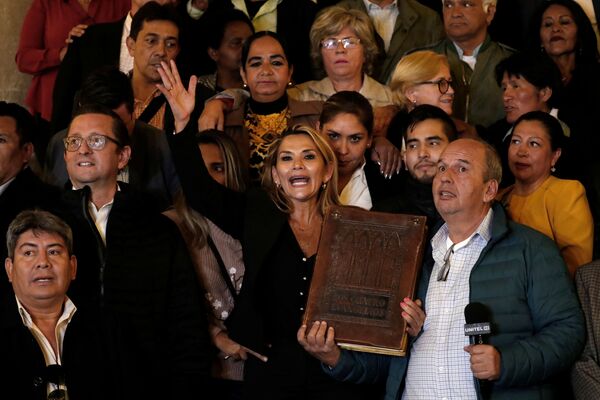 Although the international community has urged the Bolivian authorities to bring an end to the repression of anti-coup protesters, the so-called interim government has given the military a carte blanche to go after the demonstrators.

A 15 November 2019, decree says that the members of the Armed Forces participating in operations to restore order and social stability are exempted from criminal liability if, in accordance with their constitutional functions, they act in the manner of legal defence.

The decree was condemned by the Inter-American Commission on Human Rights (IACHR/CIDH), which stated that the legislation violates international standards and encourages brutal repression. The organisation outlined on Friday that 23 people had died and 715 people had been injured since the beginning of the institutional and political crisis in Bolivia. 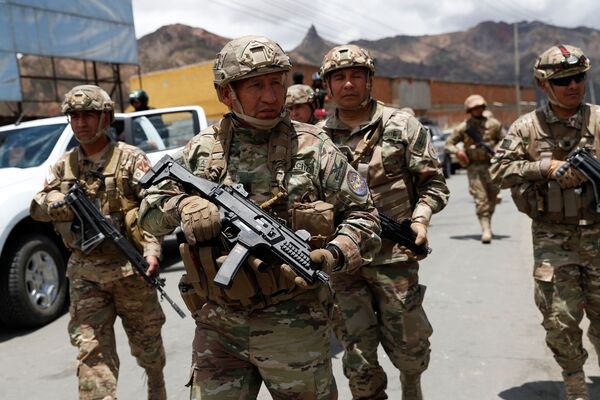 Hunt for Morales and MAS

While the declared aim of the self-proclaimed interim president was the announcement of new general elections, Bolivia's de facto government has focused on the persecution of the leaders of the Movement Toward Socialism (MAS) even going so far as to throw into question MAS' participation in a new vote.

The threats have mainly come from de facto government minister Arturo Murillo, who on 14 November announced the start of a "hunt" for the former head of the Bolivian presidential administration Juan Ramón Quintana and Raúl García Linera, brother of former Vice President Álvaro García Linera, who is in exile in Mexico.

Murillo also said that a unit of the General Prosecutor’s Office will be formed to arrest MAS lawmakers for promoting “subversion and sedition”.

For her part, Anez signalled Friday that MAS' participation in the next election is not guaranteed as it is up to the Supreme Electoral Tribunal to decide "whether or not MAS will run again".​​​​​​​​​​​​​​ The self-declared government previously claimed that Evo Morales could not participate in elections again, adding that MAS still could join the race. Anez also threatened to prosecute the ousted president if he returns to the country.