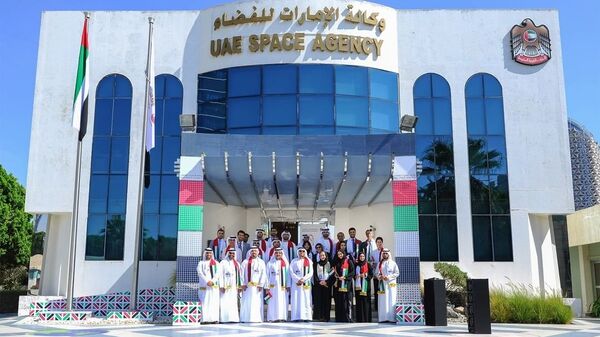 © Photo : uaespaceagency/instagram
Subscribe
International
India
Africa
DUBAI (Sputnik) - The Director General of the UAE Space Agency, Mohammed Al Ahbabi, said on Wednesday that the creation of an Arab space agency would ensure that all countries in the region have a future in space exploration.

"Arab states' collaboration will be key to the success of any future steps in space exploration, including the UAE projects, from the National Space Strategy 2030 to the Mission to Mars project," Al Ahbabi said on the sidelines of an international air show in Dubai.

In addition, he stated that any initiative by the UAE regarding space exploration was aimed at all Arab countries, and alluded to the European Space Agency and the African Space Agency as examples of models to follow.

"Any space science projects cannot be implemented without cooperation with other countries. We hope that one day we will have an Arab space agency. I believe we are next," the directoradded.

The UAE Space Agency was established in 2014 to develop the country's space sector and encourage scientific research and innovation in the field. The agency has since actively worked to boost the industry and concluded cooperation agreements with several countries, including the US, Russia and Arab states.