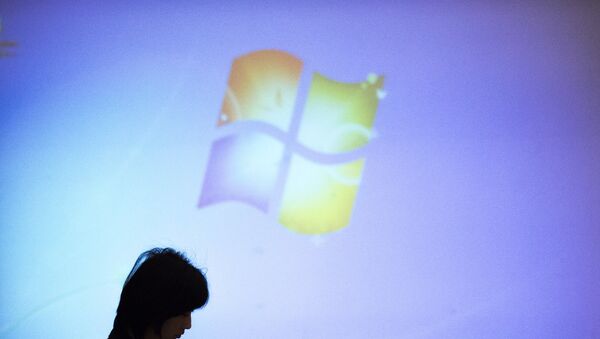 © AFP 2021 / FRED DUFOUR
Subscribe
US Defence Secretary Mark Esper on Friday ruled out allegations of unfair competition in the awarding of a US$10-billion cloud computing contract to Microsoft.

"I am confident it was conducted freely and fairly, without any type of outside influence," Esper told a news conference in Seoul, South Korea.

Formally called the Joint Enterprise Defence Infrastructure, or JEDI, the contract was awarded to Microsoft on 25 October, and the lucrative deal could span 10 years.

But Amazon has indicated that it is not planning to give up and will protest the decision. The company said there was “unmistakable bias” on the part of the government and announced on Thursday that it had filed a notice in the US Court of Federal Claims.

Amazon was seen as the front-runner for the contract, and in June two tech giants IBM and Oracle filed complaints against the company, citing that Amazon gave lucrative jobs to two Defence Department employees who worked on the government’s JEDI project, allegedly boosting Amazon’s chances of winning the contract.

The Department of Defence announced the JEDI project to build a cloud computing platform to support weapons systems and classified data storage in early 2018, saying that it would choose one company to handle the entire project. Oracle and IBM have said that the process unfairly favoured Amazon.

According to reports, the tables have now turned and Amazon is citing “unmistakable bias” and planning to file a lawsuit.

Craig Holman, a government affairs lobbyist, said that JEDI has been marred by political favouritism from the very beginning.

“The original lead bidder, Amazon, made the most of the influence-peddling game to win the contract, expanding its lobbying expenditures by 400 percent and offering lucrative employment to those within the Pentagon who helped draft the terms of the contract,” Holman noted.

But it was US President Donald Trump’s intervention in July, when the Pentagon was reportedly prepared to announce a decision, that shook things up. Trump said his administration had to take a serious look into the contracting process, because other companies would complain that “it wasn’t competitively bid.”

“When Amazon was about to win the single-source contract, Trump intervened to steer the contract to Microsoft. Amazon is owned by Jeff Bezos, who also owns the Washington Post. Both Bezos and the Post have raised the ire of Trump by being critical of the Trump administration. Trump appears to have exercised revenge,” Holman said.

Amazon Web Services division is believed to be far ahead of Microsoft in cloud computing, but according to the government affairs lobbyist, if Microsoft secures the deal it will have a huge impact for the tech giant and the industry.

“Microsoft has been playing a desperate game of catch-up to develop the technology… The $10 billion contract will boost its capabilities and thrust Microsoft into the leadership of the entire industry. Had Amazon won the contract, Amazon would have left all other competitors in the dust for a long time to come,” Holman opined

Rich Tehrani, a futurist and corporate advisor on cybersecurity, suggested instead that Microsoft has caught up in cloud technology and is ahead of Amazon in some aspects.

“Microsoft’s cloud offering is quite solid and very close to Amazon in many areas and superior in others. In other words, there are technical and likely financial reasons to go with Microsoft.

As to Amazon complaining of bias, the expert believes that human nature is responsible.

“There could be bias – but that doesn’t mean going with Microsoft is a bad choice,” he suggested.

At the same time, Tehrani points out that the level of lobbying for contracts between large companies and government agencies is widely prevalent.

“The bigger the government and the more regulation, the greater the need for companies to invest in lobbying,” he said.

Assessing Amazon’s chances of overturning the Pentagon decision in the US Court of Federal Claims, Tehrani suggested that it would be worth a try.

“It is impossible to know the direct odds but if pressed, I would say 25 percent - which on a $10B contract, makes financial sense to fight.”

Amazon has complained about the contracting process, and so have other firms. Holman, for his part, says there’s a way to keep everyone satisfied.

“In order to reduce the political opportunism that has engulfed the contract, the JEDI contract should be broken down into smaller contracts and awarded to multiple recipients. This way political favouritism will not be the sole criteria for selecting a winner,” he stated.